Home Previews A Shout Out to Movie Morlocks and SUTS! 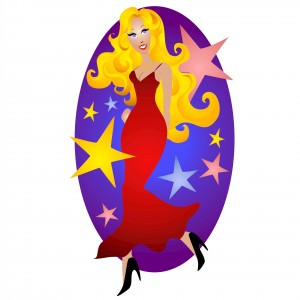 On my blog I often highlight features, programming information, etc. that comes from the one-stop source of all things classic in cinema – Turner Classic Movies. On occasion I have also mentioned (and bookmarked) their blog, Movie Morlocks.

For those of you who are not familiar with what is going on this month on TCM, they are having their annual 31-day Summer Under the Stars (SUTS) in which they run a 24 hour marathon of a particular performer. It is a wonderful opportunity to catch a series of films from a single performer. In fact you will get the chance to even see a performance that you may have overlooked.

You may now be wondering how this relates to the blog I mentioned in the first paragraph. Well as a complementary piece to the television programming for the month, TCM’s Movie Morlocks has dedicated a week’s worth of blog posts to the life and work of often overlooked actors. This year it is Woody Strode’s turn.

For my part, what I knew about Woody Strode, I learned in passing from my father. But for years, I did not think of him too much within the context of the history of American cinema nor did I fully appreciate the impact he had during his time and the trail that he blazed for those stars who came after him. I thank the Morlocks for shining a light on a performer who nowadays might be often overlooked but should never be forgotten.

So my recommendation is for you to take a gander over to the Movie Morlocks site and read more about Woody Strode.

*Oh and look out August 13th (Friday) for 24 hours dedicated to Robert Ryan; other marathons of note include: