Home Documentaries Food For Thought: A Look At “Forks Over Knives” (2011)

For months, my fellow meat-eating brother was trying to get me watch this Forks Over Knives. And now I have. 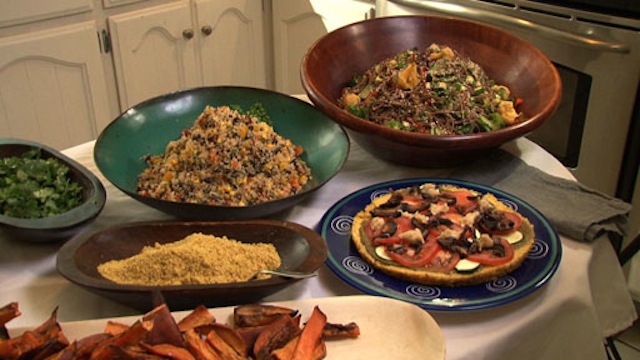 The main framework for Forks Over Knives is the story of the personal journeys of pioneering researchers in the field, Dr. T. Colin Campbell and Dr. Caldwell Esselstyntaken. The story is moved forward when the film’s writer and director, Lee Fulkerson, after receiving a startling diagnosis, consults with specialists who recommend he begin a whole foods, plant-based (no meat, no dairy).

From this point onward, the film makes the case for the claims of Drs. Campbell and Esselstyntaken regarding the ability of  the plant-based diet to protect and, in many cases, reverse, several chronic conditions that medical science have told us can only be taken care of in pill form.

The film lays this information in stark contrast alongside the debilitating health affects the ‘Western Diet’ has had on people in America and the worldwide. It achieves this by challenging the conventional wisdom we have about what is ‘good for us.’ 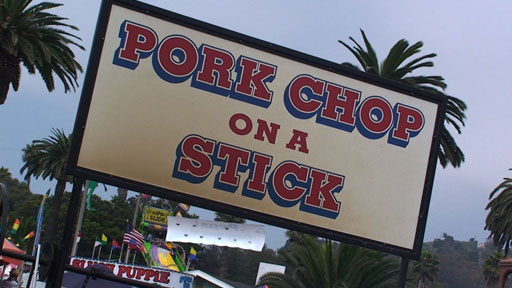 For anyone who has even a passing interest in what they put in their bodies, the information is not necessarily new. But it takes on an interesting and ‘info-taining’ dimension through the data shown and personal narratives from people whose lives have been changed and saved from altering what they eat.

On the downside, if you are someone not so convinced by the arguments for adopting a plant-based diet, the delivery in this program could come across as being a bit preachy. You can walk away feeling inadequate about the choices you have made. It does not help that when we see folks shopping, they are often seen at Whole Paycheck … I mean Whole Foods; for many people, this is not the most accessible of food sources.

In addition, the alternative perspective is given very little screen time, which is understandable, but I would have liked to see both sides of the dietary argument presented in a more balanced way.

One final observation – the counter-argument often made against those consuming a plant-based diet is that its practitioners often lack (or are deficient in) several key vitamins and nutrients. It would have been nice to see them (possibly) refute this contention and prove that yes, you can get all the essential nutritional content from the FOK (forks over knives) eating plan. I suppose the producers presumed that the evidence they presented in the films as it related to disease prevention and treatment is enough to win skeptics over. And let’s face it – that IS a very strong argument in its favor.

Personally, as someone who eats meat (although I have had brief ‘flirtations’ with vegetarianism) I found this doc to be very informative and from what I can tell, based on convincing science. In addition, as someone who lost one parent to cancer and is currently dealing with the chronic (but manageable, if not reversible) illness of the surviving parent, the presenters and key players have made a very convincing case. So much so, that I very easily can see myself tweaking some of my eating habits and persuading my family to implement some of what was presented.

In the end, am I convinced enough to TOTALLY give up all meat-based products? Not likely. But information=power and it allows us to understand and better evaluate food choices.