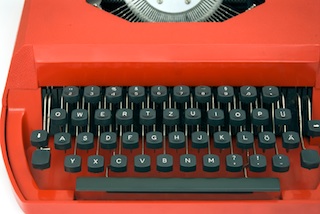 Hi all! Here is my movie pitch; but first, a few comments:

Set in the not too distant future, this film is an action-packed, high energy thriller that takes the audience to Berlin, Prague and various other points with two rival ‘agents’ in search of a key asset; of course, things do not go exactly according to the plan …

Kathryn Bigelow, director – The Academy Award™ winning director brings her vast talents in action-packed, visually striking and intense genre films to my proposed piece. I think she is ideally suited for an action-er that features a confident, assured female lead (NAOMIE HARRIS).

Hannah Chase (NAOMIE HARRIS) – Hannah is my main protagonist; she is clever, no-nonsense and not afraid to use her physical strengths if needed. Contractor working assigned to the case.

Keith (IDRIS ELBA) – Hannah’s colleague who ends up turning on her once their organization realizes Hannah is trying to locate the asset and turn over to the governing authorities.

Liam Kinney (MICHAEL FASSBENDER)– Hannah’s rival in obtaining the elusive asset. Liam is a technical wiz that makes him an invaluable asset to his company.

Patricia Clegg (OLIVIA WILLIAMS) – Liam’s supervisor at XXXX Corporation; British national who has lived in Prague for the past 15 years. Formality and order are on the cards when dealing with her.

Francine Ingram (JULIANNE MOORE) – Hannah’s boss. Not much is known about her save that she is originally from the East Coast and has previously worked ‘in government.’

Callum (SAM RILEY) – Works at the same corporation as Liam, who in Act II is in pursuit of him. No other background information is available.

Heavy base music thumping (slightly muffled because we are hearing music through Hannah’s headphones). Quick jump to feet running, pounding the pavement, Hannah panting from her morning run.

Next shot she enters apartment, we see her drop her keys on kitchen counter and grabbing a water bottle from fridge. Phone beeps. Walks over looks at it.

Meanwhile panning shot of a sleek, futuristic office in Prague, cut to shot of Liam walking into office Patricia Clegg, his boss. She tells him of the assignment. After brief conversation, Liam immediately returns to cubicle and starts to do some work on the computer.

Cut to shot of Hannah on plane looking at some documents and doing something on her tablet device.

Moments later, Hannah lands in Prague goes to her hotel and receives her briefing. On her tablet device we see she is having a conference call with Francine and Keith.

However, while on a train from Prague t Berlin, they bump into each other and pay each other no mind. Then during an intense sequence of events aboard the train, Liam and Hannah deduct who the other is and what they are each doing on the train. A standoff ensues and through the course of their interaction, they discover that there is more than meets the eye with respect to their respective organizations’ motivation in acquiring this asset. Result: they go rogue and join forces, determined to secure asset and make certain it lands in safe hands.

Both organizations realize what Hannah and Liam are up to and bring in Keith and Callum to stop their former colleagues in their tracks, and by any means necessary.

Will they get to them in time before they are able to acquire and secure asset?

This all leads to an amazing final showdown in downtown Berlin.

Hannah/Liam, a bit battered and bruised ultimately prevail; the plan/plot is unfolded, crisis averted and the vital asset is now safely in the world governing authority’s (think EU/UN) hands.

Hannah says, “Now what?”
Liam/Hannah look at each other, grinning.