Home Uncategorized Casting News: Bale, Casey Affleck, Zoe Saldana Lined Up for “Out of the Furnace” 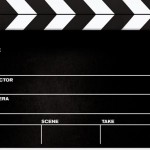