Simply put I have tennis on the mind as of late. I have previously alluded to my love of tennis and tied it into films that feature the sport prominently. Now, I would like to take the opportunity to take a closer look at one of my favorite films in this area – the 2004 romantic comedy Wimbledon starring Kirsten Dunst and Paul Bettany and directed by Richard Loncraine. 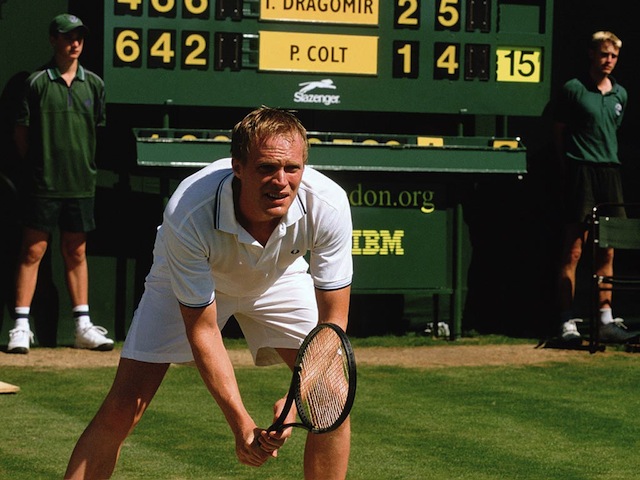 The film is primarily seen from Peter Colt’s (Bettany’s) perspective. He is a professional tennis player in his waning years – in fact, after his participation in the upcoming Wimbledon tournament (he gets into tournament as a wildcard), he has plans to retire and work as a pro at a posh tennis club.

A ‘happy accident’ leads to Peter bumping into brash American upstart Lizzie Bradbury (Dunst). Sparks fly but the course of true love never did run smoothly. An overbearing tennis parent (in the form of Sam Neill), sees his daughter’s budding interest with Mr. Colt as an impedance to the glory on grass that (obviously) awaits. Add to the mix the pressure of the Wimbledon competition and you have a recipe for several peaks and valleys before our film reaches its satisfying climax. 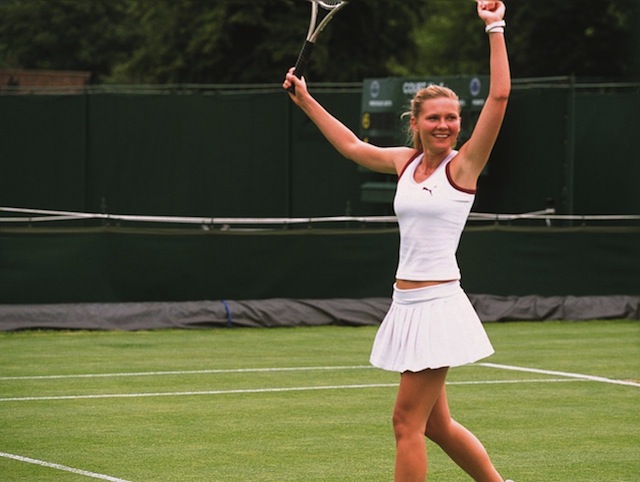 Although Wimbledon is a fairly straightforward tale, it is a winner in my book down to a well-written script and solid performances from the leads and supporting characters. Of note are Jon Favreau as Peter’s opportunistic sports agent and James McAvoy as Peter’s ne’er do well younger brother, Carl. Also having been filmed in and around London and Brighton does not hurt either 🙂 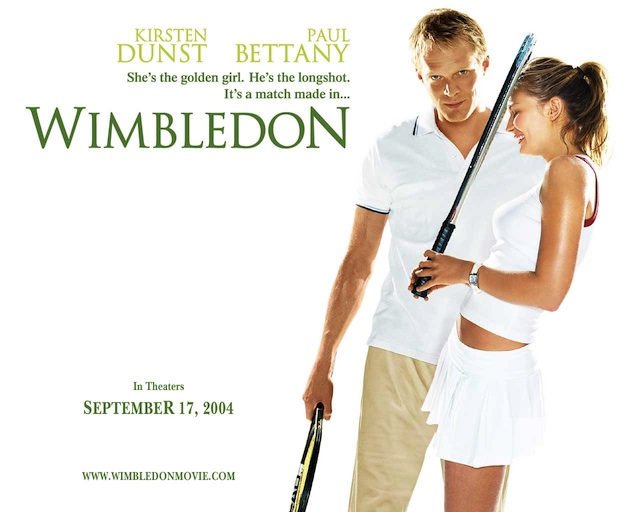 * be sure to visit Todd Mason’s blog for more great overlooked titles!