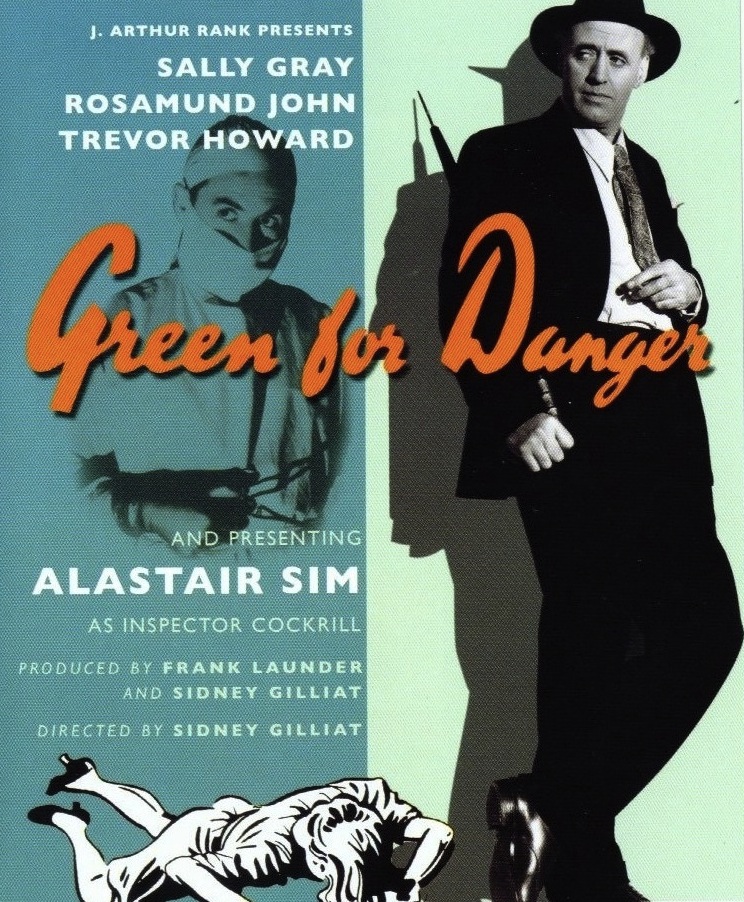 Again TCM comes to the rescue! Recently, I have unearthed a treasure trove of many classic British films from the 1940s. My selection for this week’s overlooked film is such a title.

Green for Danger is a murder mystery that takes place in a country hospital. When a patient dies in the operating theater, an attending nurse (sister) cries murder. When she is found dead shortly after, tensions are running high and Scotland Yard-er Inspector Cockrill.

In the midst of the tension in trying to solve the whodunit, there is a love triangle and a few moments of light humor, inserted seemingly to throw the audience off the scent of the culprit. At least it did so for me – I had no idea who had done it! A couple of twists that I did not see coming in the end add to the enjoyment of this film.

While I (and others) know Alastair Sim principally from his role as Ebenezer Scrooge, this film is another way for the modern audience to get familiar with the versatility of the actor.

This film is currently available on Criterion DVD.