Greetings from Silicon Valley! And I hope that everyone has had a nice weekend.

Thought I would drop a line to tell you all about a film festival taking place Down Under. The 12 day Sydney Film Festival 2012 will showcase 157 titles: 56 features, 40 documentaries, 32 short films, 14 retrospective titles, 18 world premieres (11 features, 7 shorts), 107 Australian premieres, 30 Australian productions (5 features, 7 documentaries, 18 short films) and films from 50 countries in 48 languages. This includes some repertory cinema as well (Last Tango in Paris being one such title). 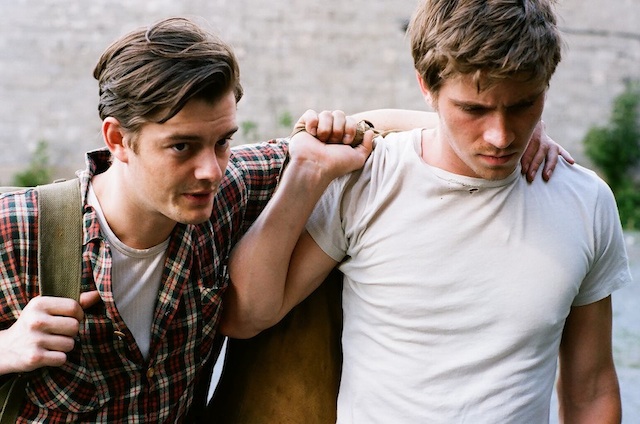 A look at their programming slates has yielded some great titles; among them are more recognizable titles such as Beasts of the Southern Wild, Brave, Moonrise Kingdom, Marley and On the Road, here are a few other titles that piqued my interest:

Veering some distance from costume-drama clichés, Andrea Arnold’s gritty take on Emily Brontë’s classic novel depicts all the harshness of the Yorkshire moors and the rough existence of its inhabitants.

Nikkatsu’s battle-of-the-sexes flick has all the hallmarks of the films Quentin Tarentino homaged in Kill Bill: girls in hot pants with swords, psyched-out camera tilts, pulse zooms and a J-Pop soundtrack.

After seeing her husband put in jail for domestic violence, Leela (Leah Purcell) has a big decision to make on his pending return, influenced by differing opinions from her two youngest children and her three best friends. What will Leela do?

Mads Mikkelsen (the villain in Casino Royale) swaps suits for satin in this sumptuous Berlinale winner, playing a radical commoner who stirs up revolt in the court of a mad Danish king and his beautiful teenaged queen.

Season of the Sun

This stylish, action-packed thriller chronicles three days in the life of a beautiful young girl drawn into a vicious war of attrition between Mexico’s violent drug gangs and the police.

A noir thriller with a twist. Anna (Charlotte Rampling), a divorcée looking for romance, finds herself embroiled in a murder mystery, and attracted to chief detective Bernie (Gabriel Byrne).

The British Guide to Showing Off

Behind the scenes with the Alternative Miss World Show, a raucous, sexually charged and liberating costume pageant that has run since 1972.

After Hitler, Lenin and Hirohito, great Russian auteur Alexander Sokurov (Russian Ark) tackles another ‘man of power’ – Faust – in this stunning interpretation of Goethe’s play which won the Golden Lion in Venice.

So what do you think? Ever heard of the Sydney Film Festival?