My entry this week as part of Todd Mason’s ongoing series (which always carries a varied and interesting selection of forgotten or overlooked films) is the 1941 (1942, depending on the source) Humphrey Bogart starrer All Through the Night. Fifth Columnists in league with the Nazis are at large in Manhattan and it is up to Gloves Donahue (Bogart) and his band of fellow criminals to bring down this threat to the nation and the world! 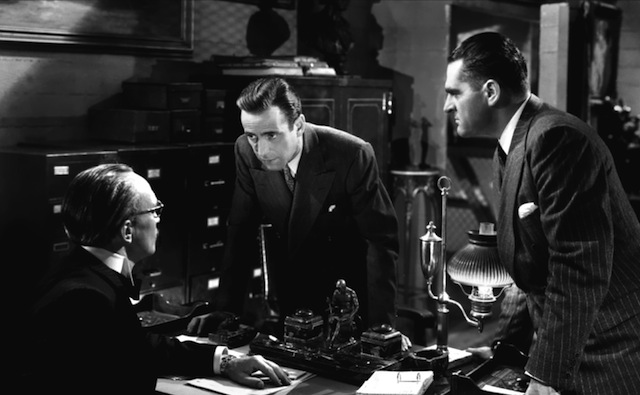 While this film has its tense and dramatic moments, there are a great deal of comedic moments that made this a very entertaining movie. Bogart is often most associated with a gruff, hard-boiled anti-hero persona; this film is one of a few in his career which demonstrates the range of Bogart’s talent and his oft forgotten (deadpan) jocular ability.