And when I think of summertime I think of CAMP! Granted I never went to sleep-away camp but it remained a childhood ambition of mine. I greatly suspect that my desire to go to camp was due to this film (Little Darlings). 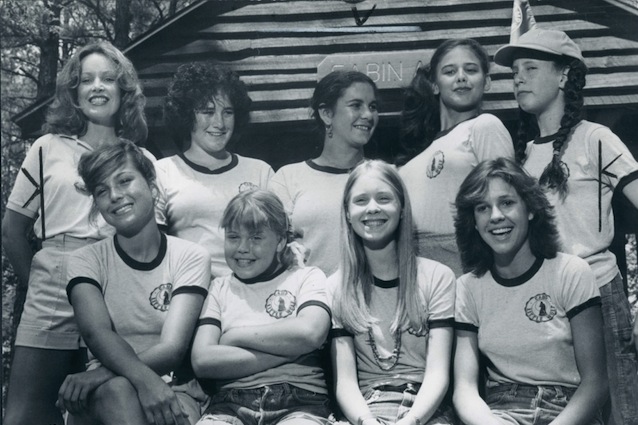 Little Darlings stars teen idols Tatum O’Neal and Kristy McNichol as rivals, Ferris and Angel, each trying to beat the other to losing her virginity.

This film is fun for several reasons – one being the cast, which featured a young Armand Assante and Matt Dillon (as the object of Ferris and Angel’s lust) as well as a VERY pre-Sex and the City Cynthia Nixon as one of the campers (see if you can spot her in the photograph above).

As it was released in 1980, I am pretty sure that when I first saw the film it was in its ‘sanitized’ form, excised of much of its sexual content. Several years later, I did see it on cable and got the full-on treatment. What I can say upon seeing this ‘complete’ version is that it handled the subject of young female sexuality with a balance of humor and deference to the subject.

Fast forward 21 years and being a bit older and wiser, with the release of Wet Hot American Summer I was able to appreciate the bizarre, satirical world of summer camp. This film is a send-up of the aforementioned Little Darlings as well as Meatballs, a film that I was not allowed to see (and have yet to see). 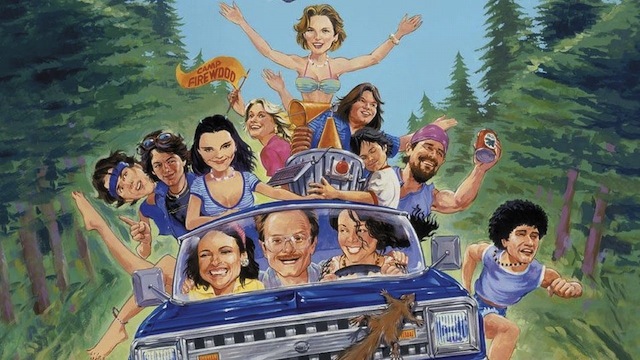 To summarize this film’s plot in nearly impossible. Needless to say there is a whole lot going on … from dead campers to impending disaster, in the form of NASA Skylab debris. I am sure that this film is not to everyone’s liking – in fact it was a complete box office failure and has since found a cult following on home video. In fact, for the past several years rumors have persisted that there is to be a sequel to the film. I cannot imagine how that would work out.

What are some of your favorite films about summer camp?

* Be sure to check out Todd Mason’s blog, Sweet Freedom to read up on some more overlooked titles.