Over the course of the past week, the world lost two veterans of the screen, both big and small.

Andy Griffith was widely known for his work on television. That means for many The Andy Griffith Show and Matlock; but for me his seminal work as Lonesome Rhodes in the 1957 film A Face in the Crowd, directed by Elia Kazan. If you have not seen this film it is a must! It was Griffith’s feature film debut and vaulted him onto scene as a major star. 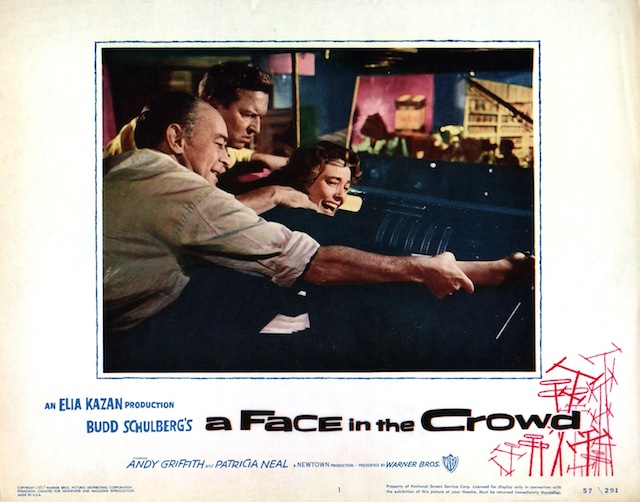 Based on the short story, Your Arkansas Traveler by Budd Schulberg (who adapted the story to film), it is about the meteoric rise of a small town drifter to a larger than life radio and television. It is a statement about the twisted, cynical (and corrupting) world of stardom and notoriety.

While it received mixed upon its initial theatrical release, A Face in the Crowd is now considered a classic, so much so that in 2008 it was selected by the National Film Registry’s list of “culturally, historically, or aesthetically significant” films. 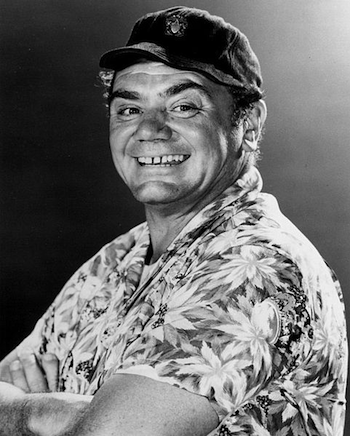 And just yesterday (Sunday) we received word of the passing of Academy-award winner Ernest Borgnine at the age of 95. Over his long career, Borgnine was generally regarded as a supporting and character actor in roles such as From Here to Eternity, Johnny Guitar and Bad Day at Black Rock; his status was elevated when in 1955 he starred in the title character, Marty, the story of a Bronx butcher with a heart of gold. For his performance, he won the Academy Award for Best Actor, beating out competition from the likes of Frank Sinatra, James Cagney, Spencer Tracy and the late James Dean.

But for me, Borgnine was a constant screen presence, that due to his prolific nature, I had grown accustom to. Some of the films I recall seeing him in films such as The Dirty Dozen, The Flight of the Phoenix, The Poseidon Adventure and the controversial Sam Peckinpah feature, The Wild Bunch.

Later in his career he found a steady stream of work on both film and television.

What are some of your memories of these performers?