Home Events Run-up to the Olympics: Chariots of Fire (1981)

Continuing on the Olympic theme I started yesterday, I have decided to spotlight a couple of Olympic-themed films.

Let’s start in the location of this year’s games – the United Kingdom, or rather England to be exact. The first film I will highlight is the multiple Academy Award winning feature, Chariots of Fire.

Chariots of Fire is a 1981 British film. It tells the fact-based story of two athletes in the 1924 Olympics: Eric Liddell, a devout Scottish Christian who runs for the glory of God, and Harold Abrahams, an English Jew who runs to overcome prejudice. (Source: Wikipedia)

This is a film I have only seen within the past five years – as a youth I always felt that this film was always inaccessible to me. It always seemed a bit cold and remote to me. 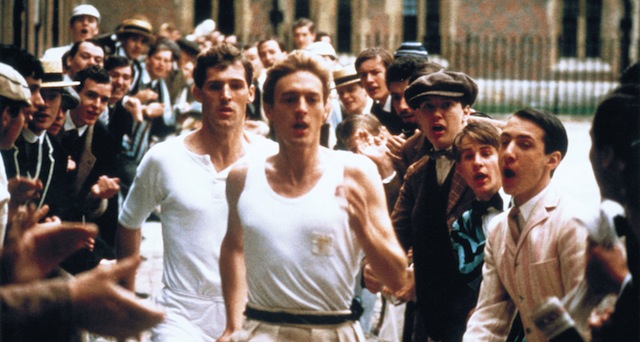 After having seen it, I can honestly say that the needle has shifted, if only slightly. Do not get me wrong it is a well-crafted film, but the performances in particular felt a little stilted and stagey for my tastes. One would think that a film about running would have some “pace” to it; instead, I feel like the film was dragged down as a result of it. You certainly felt all of the 124 minute running time.

On the positive side, I did like the framing device by which the story was told – and oh yeah and that musical score (Vangelis) is iconic.