This film first caught my attention following the buzz it had coming out of the Sundance Film Festival. At the time, I really did not know too much about the plot or themes of the film, but from what I could gather, it was a story from another place (and possibly another time). 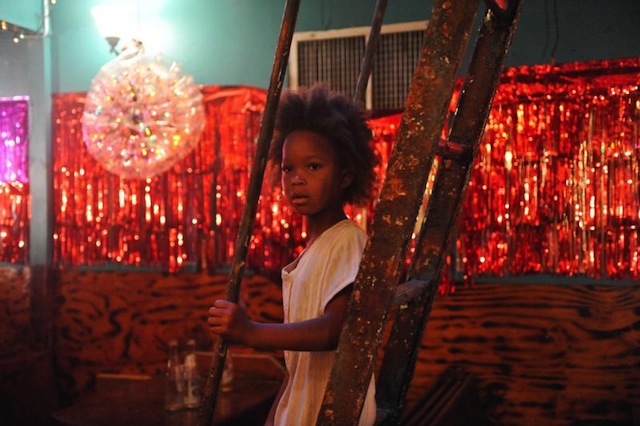 Over time, I gained a little more insight into what the film was about until, I visited the film’s website for a pretty comprehensive synopsis:

In a forgotten but defiant bayou community cut off from the rest of the world by a sprawling levee, a six-year-old girl exists on the brink of orphanhood. Buoyed by her childish optimism and extraordinary imagination, she believes that the natural world is in balance with the universe until a fierce storm changes her reality. Desperate to repair the structure of her world in order to save her ailing father and sinking home, this tiny hero must learn to survive unstoppable catastrophes of epic proportions.

It is true; this film has an otherworldly quality to it especially when one considers that it is set in the UNITED STATES OF AMERICA – even if it is not an America that we are used to seeing. Still it is but it is magical, mystical and yet a very natural place.

Of course the credit for this visioning goes to director Benh Zeitlin and cinematographer Ben Richardson.

Equal credit props to the relatively inexperienced cast, who all turn in solid performances. In particular, the film’s young star, Quvenzhané Wallis, shines bright in a role that could easily have sunk into unbearable despair. She captured the audience’s heart and minds with a performance that usually belies someone of her age, wisdom or (lack of) experience.

Granted the ending did not yield any waterworks on my part – it does not make it any less emotive and touching. In fact, I connected with our heroine from the perspective of a person (albeit a little older one) who is dealing with the imminent loss of a parent.

Overall, the film left me feeling that in spite of the tragedy that has fallen upon our hero, she will persevere and rise above her circumstances and be all the stronger for it.