For the second (and final) installment in my ‘Summer Olympic Movie Review,’ I decided to combined it with this Tuesday’s Overlooked film series, so graciously hosted by Todd Mason of Sweet Freedom. 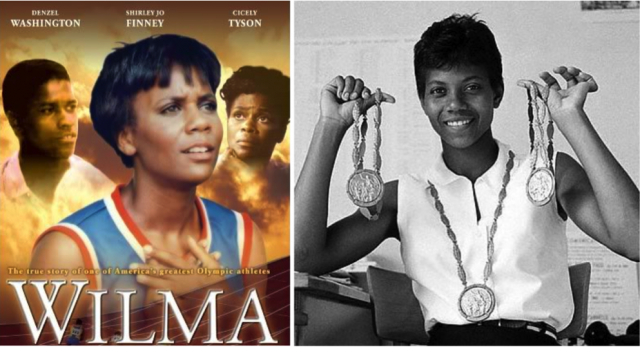 This pick is another TV film featuring a groundbreaking Olympian, this time in the form of Wilma Rudolph, who came overcame living in the segregated South and the crippling effects of polio, to collect three gold medals in the 1960 Olympics in Rome.

The film, Wilma (1977) was directed by sport documentarian Bud Greenspan and starred, Shirley Jo Finney as Rudolph with support from Cicely Tyson and in his professional acting debut, one Mr. Denzel Washington.

This is yet another title I remember seeing as a child. It is funny really, to think that this is the type of film programming we could expect from our major networks – it literally is a lifetime ago.

This title was previously available on Netflix, but it looks like it is unavailable at the moment. It is also available on DVD.