I have mentioned this post before but have not dedicated a whole post to my selection for this week’s overlooked film, Dead of Night. This film hails from Great Britain and is the product of the venerable Ealing Studios. 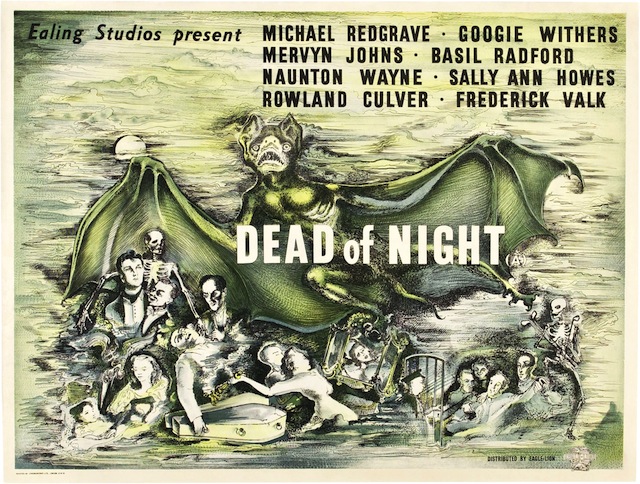 Basically it is a horror anthology that consists of six tales. The framing for these stories is set on a country estate where Walter Craig (Mervyn Johns) arrives at a dinner party whose guests seem all too familiar. So much so, he is confident that he will know how all the subsequent events for the evening will proceed. What ensues next is sort of a parlor game, where the guests put Craig’s foresight to the test, interspersed with their own tales of the supernatural.

What makes this so impactful in my eyes is the fact that many of the segments (like in many such film anthologies) is done by different directors:

At a swift 102 minute running time, each story is neatly told and packs the essential narrative punch. It was only upon a recent re-watch did I realize just how scary some of the stories were, and not just the most famous of the pieces – “The Ventriloquist’s Dummy” featuring Michael Redgrave. It is definitely a precursor to the classic Cliff Robertson “Twilight Zone” episode. 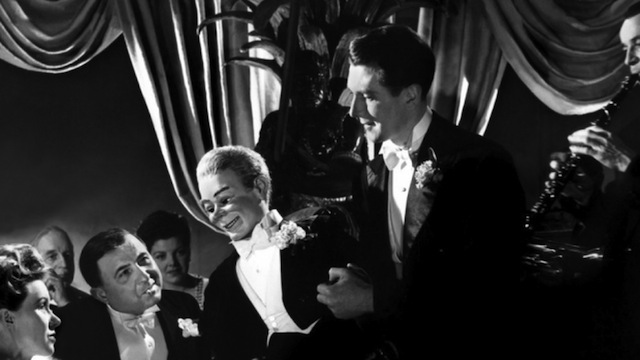 Of course some of them work better than others – I am thinking of “Golfing Story”  which features Basil Radford and Naunton Wayne (some may remember them as the cricket-obsessed duo from Hitchcock’s The Lady Vanishes); I suppose their bit was to add a humor and levity to the proceedings. But as a piece to send shivers down one’s spine, I would not say it was the most effective.

Even if you are not a horror or suspense fan, I recommend that you seek this film out. Although actually acquiring the title may present a bit of a challenge, as it is not listed as being available on DVD.