Today’s title is a coming of age story from 1999 called The Wood. 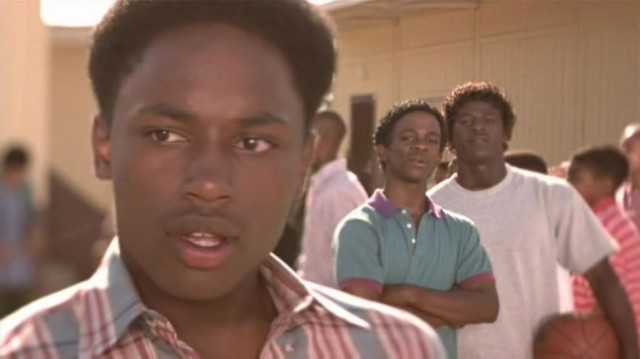 It is about a trio of friends (Taye Diggs, Omar Epps and Richard T. Jones) from Inglewood, California, known as “The Wood” of the title. Diggs’ character is about to get married but experiencing cold feet; it is up to his friends to pull him out his uncertainty.

Being a coming of age story set in the present day means that we see the story of the group growing up in flashback. I liked that aspect of the film; in fact, it really took me back to bits of my own childhood in the 1980s – even though I was brought up on the East Coast. The other aspect I enjoyed about the film was that given its setting, Los Angeles in the 1980’s, does not follow the convention and narrative arc of similarly set films, a la Boyz in the Hood and Menace II Society (good films in their own right).

The Wood was the debut feature film for writer/director Rick Famuyiwa.

Be sure to read up on other Overlooked Films on Todd Mason’s blog, Sweet Freedom.