No matter how many times I see Midnight Run (1988) I am left in stitches. Before Meet the Parents/Fockers and Analyze This/That for many, Robert DeNiro is more renowned for his dramatic roles. Yes, yes I have heard all about The King of Comedy and all (still have yet to see it), but until that point in my cinematic journey this film is enough for me proof of Robert deNiro’s comedic chops. 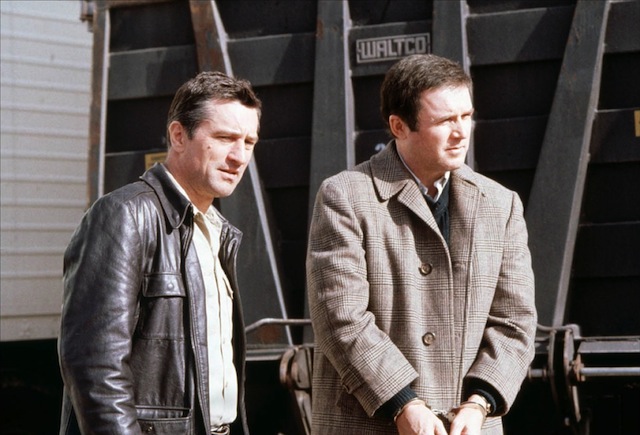 For those not in the know, here is a brief synopsis:

Robert De Niro plays Jack Walsh, a world-weary bounty hunter is hired to bring in embezzling accountant Jonathan Mardukas (Charles Grodin). Initially Walsh assumes that the extradition trip from New York to LA will be a run of the mill trip – that is until 1) Mardukas’ fear of flying means they will have to take the cross country journey on the ground and 2) when he realizes just WHO Mardukas has embezzled from – a notorious mobster (Dennis Farina), who Walsh has his own past with. Along the way our dynamic duo are chased not only by the mob, federal agents (led by Yaphet Kotto) and a rival bounty hunter (John Ashton).

The comedic rapport between Grodin and deNiro is priceless and if for no other reason I recommend that you watch this film for that.

For those of you who have seen it let me know what you think of it in the Comments section below.

Also be sure to check out other overlooked titles on Todd Mason’s blog, Sweet Freedom.