Happy Tuesday everyone! After this weekend’s delight that was The Sapphires, I was reminded of another film that dealt with some of the issues mentioned, but dealt with in a more dramatic fashion. Rabbit Proof Fence, directed by Phillip Noyce (Dead Calm), saw him return to his native Australia to film an adaptation of Follow the Rabbit-Proof Fence by Doris Pilkington Garimara. It is based the true account about the author’s mother a mixed-race Aborigine, who along with two other girls, who ran away from the Moore River Native Settlement in Western Australia, to return to their families, after having been placed there in 1931. The settlements were used by the Australian government to make the “half-castes” ready to integrate into white Australian society as domestics, with the hope that they will eventually marry and further dilute their Aboriginal blood.

Remarkably, in the film (as in real life) the girls walked along 1,500 miles of the Australian rabbit-proof fence to return to their community all the while with the law and an indigenous tracker on their trail. 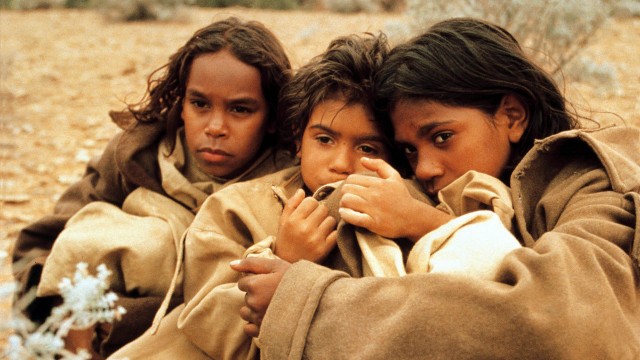 Be sure to check out other Overlooked films at Todd Mason’s blog, Sweet Freedom.