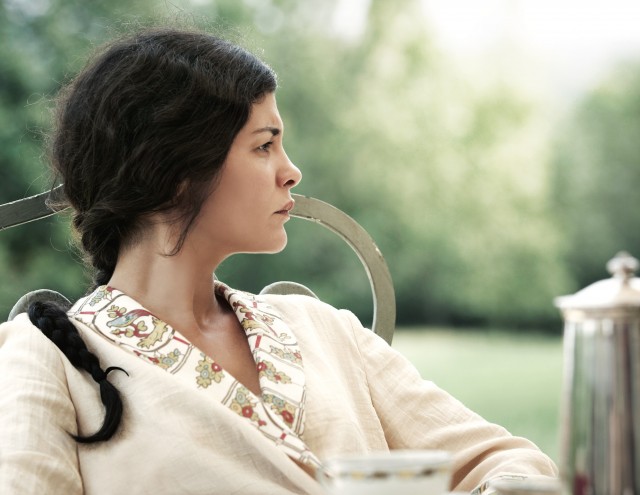 During TCM’s wonderful Summer Under The Stars film festival last week, I was watching Hitchcock’s Spellbound, when the first scene at Pennsylvania Station took place; in that moment, I was reminded of the former grandeur and splendor awarded to Midtown Manhattan transportation hub:

That got me thinking: how many other films (besides Spellbound) were shot at the once iconic location? I say “once iconic” because as anyone who has visited the station in its current incarnation can attest, it is anything but grand and architecturally masterful.

What my research produced was pretty sweet! A lot of you film enthusiasts beat me to the punch and did your own retrospectives on films shots in and around the landmark. So instead of retreading already covered ground, I am using this post as a shout-out of sorts, highlight a few articles that do Penn Station proud:

Here is a clip that merges several scenes from Hollywood films that use the landmark as a location (whether actually shot on location or reproduced and filmed on a studio lot).

For further insight of what has since been lost, watch this short clip of the early history of the station:

Lastly, read this 2010 blog post from the Brooklyn Museum.

With the exception of Undertow and the beginning of his critically noteworthy George Washington (so that doesn’t count), I obviously have not seen many David Gordon Green films. And yet, I am very aware of his “varied” cinematic CV. I defer to his IMDB entry for further evidence.

It has been said in many circles that visually, his films owe a great deal to the photographically aesthetic of one Terrence Malick. Check out this article from earlier this year that examines the Terrence Malick Effect. The expectation of carrying such a moniker means is that his films should be equally panoramic, picture perfect views that evoke a visual poetry.

I say all this as a preamble (or ramble, whichever you prefer) for my look at his latest feature, Prince Avalanche.

Starring Emile Hirsch (Lance) and Paul Rudd (Alvin), the film takes place among the burnt out forests of rural Texas during the 1980s. Lance and Alvin are part of the road crew assigned with the mundane task of painting highway traffic lines on the remote highway that cuts through the devastated landscape. For the audience we are taken through this daily ritual that serves as the backdrop to bear witness to Alvin and Lance’s relationship and the comedic (and slightly dramatic) ebbs and flows that result from their interaction. A major part of what makes their relationship intriguing is that they could not be any more dissimilar in temperament and situation in life. Matters are further complicated by the fact that Alvin’s girlfriend in Lance’s older brother and that Lance got the job at her urging.

As someone who is a little more familiar with the work of Malick, if I were to do a comparative analysis of this film’s style, I would say there might be traces of Malick’s influence. Cinematographer and frequent Green collaborator Tim Orr makes a large area devastated by the wildfires feels much more intimate in its natural closeups and how the environment plays along with our protagonists.

A bright spot of the film is the performance of Joyce Payne who, prior to this film had no acting experience. Earlier, during the location scouting, the filmmakers came upon they came upon Payne as she was rummaging through the remains of her house that succumbed to the wildfires. As a result of the encounter, she was asked to take part in Prince Avalanche in the role that we see on the screen, as an enigmatic, other-worldly figure who captures the audience with her recounting her own experiences. All of her work in the film is improvised.

Similarly enjoying was the occasional presence of bombastic Lance LeGault’s truck driver. On a more somber note, LeGault passed away shortly after the film wrapped.

In the end, I am at a bit of a loss for which side I come down on this film (is it necessary to come down on one side or another really?). I did chuckle a few times at the relationship dynamic being played out on screen (credit to Hirsch and Rudd), but not necessarily enough to say that I was overcome with laughter at any moment. But that is not to say I did that Avalanche did not pass the time in an entertaining fashion.

Also, the pacing of the film may not be to everyone’s pace. The story moves along, but not fast enough for some.

As I finished collecting my notes on Prince Avalanche, I took a moment to see what a few others have said about the film. Overwhelmingly the response has been positive, with many calling this a return to form for Green. That may be accurate, but without my seeing his full body of work (although I suspect bigger studio productions such as Pineapple Express, The Sitter and Your Highness may be first many minds as a few wrong turns on the road), I cannot levy such a judgment.

For folks who have seen his full oeuvre, maybe they can share their thoughts on the film in the Comments section, please?