Blue Caprice is director Alexandre Moors’ debut feature and tells the story of Beltway Sniper, John Allan Muhammed (portrayed by Isaiah Washington) and his protégé/accomplice, teen Lee Boyd Malvo (played by Tequan Richmond).  While the film centers on the events 2002 reign of terror, there is also a strong emphasis on the twisted ‘father/son’ bond that developed between the two men. 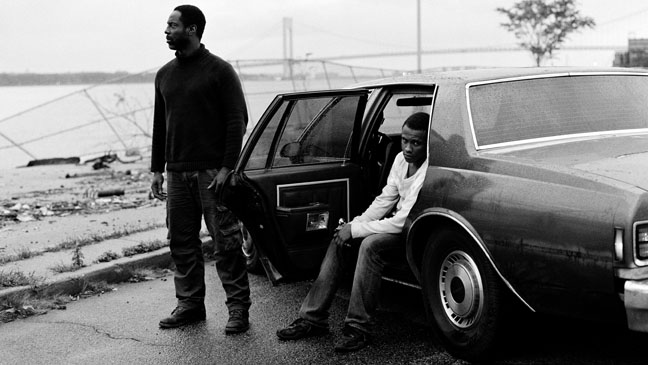 Moors, through his steady handling of the subject, succeeds in creating and maintaining a high level of dramatic tension while also weaving into the film archival footage from the events that terrorized the metro Washington, D.C. area in October 2002. Although we know WHAT is going to happen, the story captures its audience by telling the HOW and (possibly) WHY.

I for one was watching in anticipation for that flashpoint which could have possibly marked the point of no return for the main characters (on film and in real life, which I am guessing was one of the director’s intentions when pursuing this project).

Obviously for purposes of the narrative, some of the information and details have been slightly altered and/or condensed, but not in any manner, at least by my opinion, that takes the story in any exploitative direction. The film could have gone the route of showing in graphic detail the horrors of the shootings, but instead handles the subject in a tactful manner all without minimizing the sheer terror surrounding the incident

For my part, as the credits drew to a close,  the one thing I think the film does make abundantly clear is Muhammed using Malvo as a pawn and proxy for the murderous rampage – by falsely representing things noticeably absent Malvo’s life: a father figure and stable home life. It was a compelling and ultimately sad thing to watch unfold onscreen.

While Washington and Richmond dominate the action on screen with aplomb, Tim Blake Nelson and Joey Lauren Adams each put in solid performances as Muhammed’s army buddy and wife, with whom Muhammed and Malvo stay as Muhammed grooms Malvo to execute his plan.

Even before seeing this film, it had made my list of films of note from this year’s Sundance Film Festival. Its thoughtful execution reaffirms this.

Blue Caprice is currently in select cinemas and available for rental/streaming through SundanceNow.