Home Interview A Look at “The Mirror” with Filmmaker William Dickerson

Last week, I linked up with Los Angeles-based filmmaker William Dickerson about his latest feature, The Mirror. Check out the trailer here:

Who is “Taylor?” Blurring the lines of what is real with what is “reel,” William (as himself) tries to answer this question in this metafictional satire about a lifestreamer. “Taylor” is seemingly an open book who effortlessly draws others into his world, a world where public and private life are one and the same. As Dickerson pushes Taylor to delve deeper into his past, the story takes an unexpectedly dangerous turn. 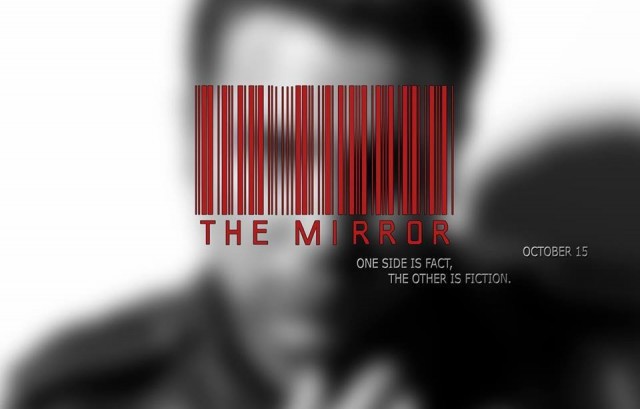 After screening the film, I sat down with some questions for William; here are some bits from our conversation.

ILC: This film starts with your declaring the loss of your passion for film? I am more interested in where that passion started?

WD: When I was in 6th Grade I chose to direct a film adaptation of Agatha Christie’s Ten Little Indians in lieu of writing a book report.  It was a big hit.  From that point on, I filmed everything I possibly could.

ILC: This film talks a lot about the world of social media and its impact on getting your message out there. One area of social media that has helped aspiring filmmakers are crowd sourcing resources, such as Kickstarter. How much of an impact do you feel vehicles like these are to anyone trying to break into the business?

WD: I think crowd-funding is a terrific stepping stone for new filmmakers.  But, you still have to hustle.  It’s the same as writing letters to your friends and family in an effort to raise money for your movie, just on a wider scale.  I think it’s rare when a crowd-funding campaign goes viral; filmmakers are still depending on their network of supporters, and potentially the networks of that network, for funding.  But I still think it’s a good thing and a step in the right direction.

ILC: Last month, you had the World Premier screening at the Yonkers Film Festival, as an Official Selection. Overall, what has been the response/reaction to this film thus far?

The response has been great.  We opened the festival and the reaction was really great.  Some loved it, there were some who didn’t; but that’s what this movie is: it’s polarizing.  Is it real, or is it staged?  Does it matter?  I want the film to be tough to wrap one’s head around; I think the majority of movies these days are missing that “element” that makes the audience think.

ILC: This film comes off the heels of your first feature, Detour, which I know was a labor of love, time and treasure. Beyond the monetary, has Detour gained the attention from the majors or independent film circuit?

WD: DETOUR was well-received critically and the attention it garnered has definitely helped my career.  I was just hired to direct another feature, on the strength of DETOUR, which I begin shooting in December!

ILC: Just how cynical are you about the movie making process in general and Hollywood’s “business of show?” Did making this film alter your perspective in any way?

WD: It has certainly made me see clearer.  Making a movie is often like controlling chaos.  It’s never been an easy thing to do, but making “indie” films used to be infinitely easier; there used to be studio money funding them.  Not so anymore.  The “indies” of the early 90’s have now become “microbudget” films that filmmakers literally make themselves for peanuts in the hopes of getting the final product picked up by a production company or studio for distribution.

ILC: Do you have any new or upcoming projects in the pipeline?

WD: In addition to the film I was just hired to direct — a psychological thriller — I have another project with Neil Hopkins (DETOUR) looming and other projects in the pipeline with Taylor McCluskey.

ILC: Lastly, what is Taylor up to nowadays?
WD: In a sense, Taylor is still lifestreaming.  His persona is out there in the electronic world: he’s vining, he’s youtubing, he’s tweeting, he’s auditioning for movies, getting ready to produce his own movies, he’s playing music with his band, The MFIC’s, and all while surfing the waves of the internet on his cyberboard.

The Mirror premiered in October and is available for OnDemand streaming: 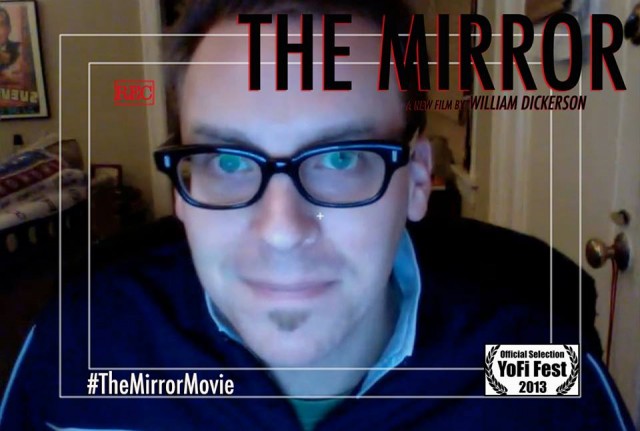