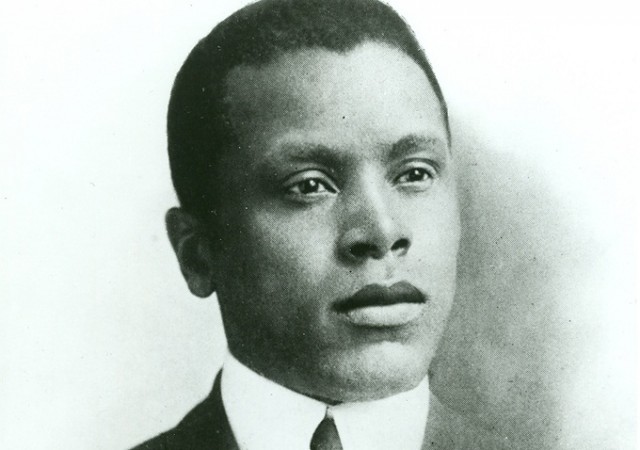 Today is the 130th anniversary of pioneering writer/filmmaker Oscar Michaeux’s birth. In recent years, he is a figure whose profile has emerged from the annuls of cinematic obscurity, and is currently enjoying a renewed academic and ‘cinephilic’ (yeah I made up a word) interest.

Way back in 2009, I had the pleasure of attending the Film Society of Lincoln Center, where I participated in a day-long discussion and retrospective of his life and work.

As one can imagine, in spite of restricted access to resources (money, distribution channels, etc.) that were afforded to his contemporaries, Micheaux was able to forge ahead on his own steam and tell the stories of his time that appealed to a post-slavery, post-Reconstruction African American audience (classified as “race” films).

In fact one of his silent features, Within Our Gates (1920), was made in response to his anger at the racism displayed in D.W. Griffith’s blockbuster Birth of a Nation.

Other films of note, that I have seen include Body and Soul (1925), starring Paul Robeson in a dual role (also marking his film debut), and The Girl From Chicago. Most of his films are available in the public domain, with many residing on YouTube.

To find out more about Micheaux and early African American cinema in general, check out these resources: