Home film festival When the Garden Was Eden (TFF 2014)

Another documentary from actor and filmmaker Michael Rapaport (Beats Rhymes & Life: The Travels Of A Tribe Called Quest), Tribeca Film Festival opener When the Garden Was Eden is a must see film for any sports fan, especially the species known as the ever-suffering New York Knickerbocker Fandom. I mean it has been really, really hard for us (20 years since a NBA finals appearance, really?).

In a story that seems tailor-made for New York City (it’s also based on Harvey Araton’s best-selling book of the same name), When the Garden Was Eden blends archival footage with first-hand accounts of players and observers alike of that magical time – all set against the tumult of a city weakened and made even more cynical by the social unrest and urban blight of the time.

Growing up I was regaled (via family and the local sports networks) with stories of this team, punctuated, by the image of a broken-limbed Willis Reed hobbling onto the court of Madison Square Garden during Game 7 of the 1970 NBA Finals. Watching this film shed a whole new perspective for me and really drove home just how legendary this squad individually and collectively was and continues to be to this very day. I mean seriously. Recently as I was walking down Fifth Avenue and passed by Bill Bradley. Giddy with excitement, I immediately texted my brothers. It was that exciting …

Lastly, hindsight is always 20/20, but I really felt like this film also calls to the audience’s attention the harbinger of what would start to happen in the late 70’s and 80’s in terms of making the NBA true sports entertainment commodity.

Well, I guess it could have only have started in New York! 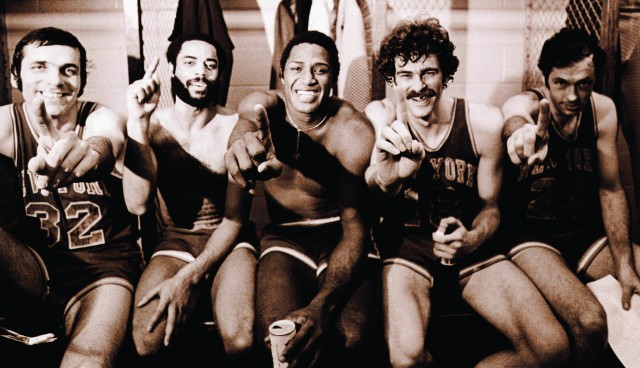 When the Garden Was Eden will air as part of ESPN’s 30 for 30 documentary series (actual airdates TBD).