Based on a collection of short stories written by James Franco (themselves influenced by his own upbringing in Palo Alto, California), Palo Alto is a tale of disaffected youth, ‘love’ and teen angst in suburbia. 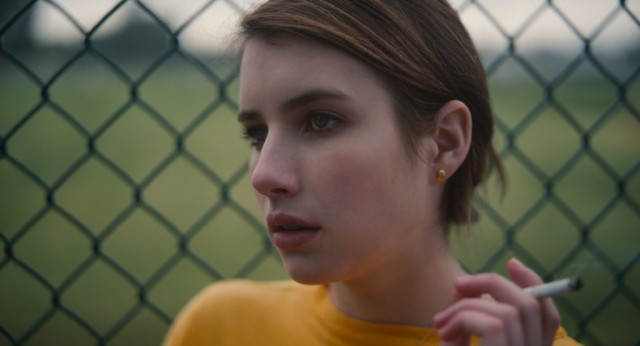 Sure, this is not an entirely new ground in the canon of teen cinema, but I feel like filmmaker (Gia Coppola in her feature directorial film debut) is trying to bring something a little fresher to the often-told story.

The plot circles around a group of high school students – April (Emma Roberts), the class virgin, Teddy (Jack Kilmer) the introspective artist whose best friend Fred (Nat Wolff) is a bit of a rebel (probably did not get adequately disciplined as a young child).

All of these relationships are challenged and pushed to their limits by romantic complications. April babysits for her single dad soccer coach (James Franco), who seems to have taken an all to keen interest in her, while Teddy pines for April in anguished silence. Not to be left out of the love maze, Fred drifts around in a romantic minefield of his own involving his dealings with Emily (Zoe Levin), a promiscuous loner, who uses her sexuality to form bonds with people.

Palo Alto can be easily dismissed as yet another navel gazing examination of lives that are more or else taken for granted. But maybe that is the point – maybe, just maybe the goal is to show the audience a detached and cynical peek into their lives.

Among the things the film has in its favor – some sincere performances from its cast and a visual style that keeps you watching. For me, this balances itself out with those moments in the film where the plot seemed to amble on a tangent and feel a bit disjointed. I attributed this to the challenges faced when trying to create a consistent, balanced narrative from a collection of stories. Also with an intentionally ambiguous ending, the audience will leave the cinema with a few questions unanswered. But for me, as time passed, the answers to those questions became less and less important to solve – the experience of the film was satisfying enough.