Editor’s Note: Sorry ahead of time for the lack of coherence in this post. Just decided to have a brain dump 🙂

Oftentimes I find myself examining how (and why) I look critically at the films I watch. Even though I am still rather “consumer-selective;” as a result, I am naturally able to eliminate from my screening schedule those films I have a predisposition to not like very  much.

However, as I enter my EIGHTH year this month exploring all aspects of the world of cinema, and with my increased presence on the festival circuit, press screening invites, etc., I am often watching a film that I would not normally (willingly) go to.

In addition, I have also definitely noticed something else as the years have passed – while the content of these films may vary in quality, the actual production quality (and how we see it) has been top notch. Thanks to advances in cinematographic and photographic technologies, almost anyone can produce a clean, crisp bit of film to rival ones with budgets multiple times more.

This has produced a bit of a challenge for me as someone breaking down what I like about a particular film. With this challenge has come the wonderful learning opportunity, as I have honed my appreciation for narrative continuity, character development and suspension of disbelief (being a good thing at times). In other words, crispness/clarity of picture does not equal narrative clarity.

Putting this analysis to text has always left me a bit apprehensive about being overly critical about a film that I have a less than favorable opinion of based on these and other personal metrics. Face to face and among those I hold near and dear, I feel a little more at liberty to dispense with more verbally subjective commentary. But in terms of this space, as I told a friend some time ago, you can tell from my blog if I really hated a movie because if you know I saw it and did not write about it … [insert conclusion].So you may be wondering, what has inspired this verbal data dump? Well, I was at a recent festival screening (will go into detail during my festival wrap up coverage next week) and while I stared blankly at the screen, those around me were just chuckling away. In that moment, I really felt a bit out of place and wanted to get down to the root of why I was feeling this way. I mean the film was not poorly made by any stretch of the imagination, but my response was clearly the opposite of the director’s intentions. 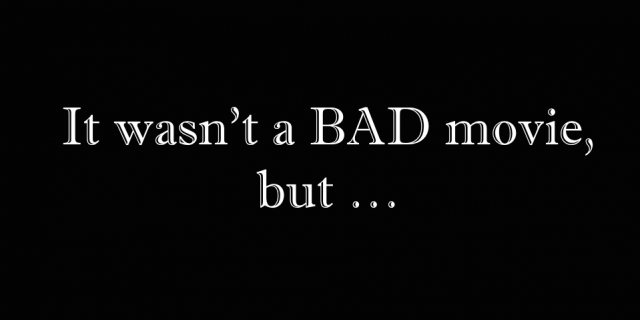 My conclusion? At some point I guess I just have to make peace with that and stick to the rudiments when analyzing. Hopefully in this eighth year of i luv cinema, there will be more critical analyses taking all of these considerations in mind.