I guess it is something that for my first feature (Leave Her to Heaven) during NOIRvember I choose a vibrant Technicolor film, which in my estimation at least is loosely noir, and borders more on the melodramatic. I  fact I often wonder if this film were shot in black and white, would I be so reluctant to fully class it as a noir. 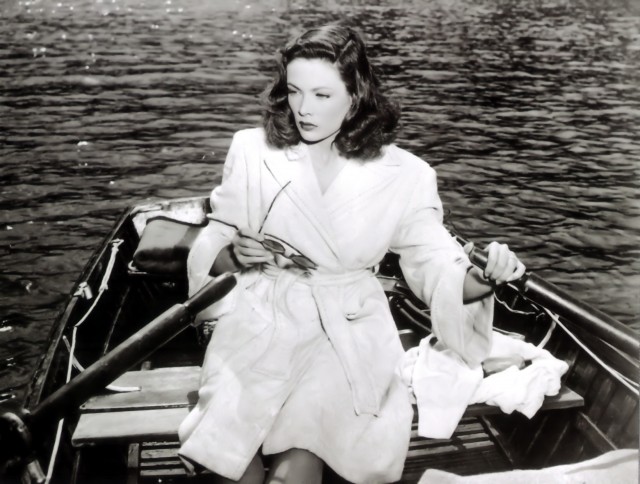 Sure, over the years cinephiles and scholars alike have played fast and loose with what actually classifies a film as a noir. I think after reading endless materials on the subject, I will fall back on this excerpt from AMC’s Filmsite analysis of Film Noir (written by Tim Dirks):

Classic film noir developed during and after World War II, taking advantage of the post-war ambience of anxiety, pessimism, and suspicion. It was a style of black and white American films that first evolved in the 1940s, became prominent in the post-war era, and lasted in a classic “Golden Age” period until about 1960 […]

Important Note: Strictly speaking, film noir is not a genre, but rather the mood, style, point-of-view, or tone of a film. It is also helpful to realize that ‘film noir’ usually refers to a distinct historical period of film history – the decade of film-making after World War II, similar to the German Expressionism or the French New Wave periods. However, it was labeled as such only after the classic period – early noir film-makers didn’t even use the film designation (as they would the labels “western” or “musical”), and were not conscious that their films would be labeled noirs.

Very often, a film noir story was developed around a cynical, hard-hearted, disillusioned male character … who encountered a beautiful but promiscuous, amoral, double-dealing and seductive femme fatale … She would use her feminine wiles and come-hither sexuality to manipulate him into becoming the fall guy – often following a murder. After a betrayal or double-cross, she was frequently destroyed as well, often at the cost of the hero’s life. As women during the war period were given new-found independence and better job-earning power in the homeland during the war, they would suffer — on the screen — in these films of the 40s. Source: filmsite.org

Well I guess in this regard (and noting the sections I have bolded) Leave Her to Heaven may not pass the sniff test for the following reasons:

Also note, there is peril and menace lurking around every corner because of Tierney’s cold calculations and manipulations..

So what do you think  yup or nope – is Leave Her to Heaven a “real” film noir? Hit the comments section below with your thoughts.

Directed By: John M. Stahl
Written By: Jo Swerling (based on novel by Ben Ames Williams)