Breathe (Respire, French title) is an interesting film. I will get to the details in a little bit, but felt the need to expound on this initial, visceral response. It is a film that, in one point of Charlie and Sarah’s intense (and at times) troubling friendship, I really, really want something to happen (sorry, no spoilers). Then just when I think the inevitable will not happen, director/actor Mélanie Laurent, in her second time in director’s chair, pulls out a (un)expected twist in a manner that manages to still maintain the requisite shock values, while also being equally satisfying and tragic. In fact, I was left catching my own breath.

But I digress – let me backtrack and offer you some exposition. Breathe is set in provincial France (i.e. outside of Paris). Charlie (Joséphine Japy), by all appearances, a run of the mill teenager, is mesmerized by the new girl in school, Sarah (Lou de Laâge). Everything about Sarah lends points to her being bohemian, free spirit sort. She is a force of nature and Charlie soon finds herself drawn into Sarah’s orb; she abandons all of her friends and other vestiges of her previously ordered way of life. By now, I am sure many in the audience have an inkling of where this might be headed [Danger, Will Robinson].

And so it goes there in a manner of speaking. As the relationship intensifies, it almost immediately begins to fall in on itself. The authenticity of Charlie and Sarah’s relationship are tested to their outermost limits, with Charlie seeming to come out the worse for it. But let me stop right here or else I divulge too much of the rising action and conclusion.

And so, that conclusion – it really did feel earned in spite of its sense of inevitability. Because of the quality of the converging aspects of the production (acting, writing and directing) Laurent and company did pull it off. Well done.

Respire was co-adapted for the screen by Laurent and Julien Lambroschini, based on the very successful novel by author Anne-Sophie Brasme, who was 17 at the time to novel was published.

If you are looking forward to seeing this (I recommend it), New York-based film distributor Film Movement has acquired U.S. rights. Stay tuned for release information there. 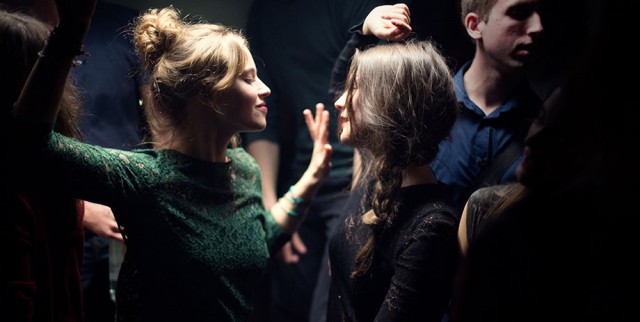 Editor’s Note: There was going to be a third part to my coverage of the Rendezvous with French Cinema, in which I was going to do a crossover review with William Friedkin‘s The French Connection (which played at this year’s TCM Film Festival) and the Jean Dujardin-led companion piece The Connection. However, I will delay that post until closer to the film’s United States release of May 15th. Stay Tuned!