Well search me. As a self proclaimed Billy Wilder have I have absolutely no idea why it has taken me so long to see The Apartment. 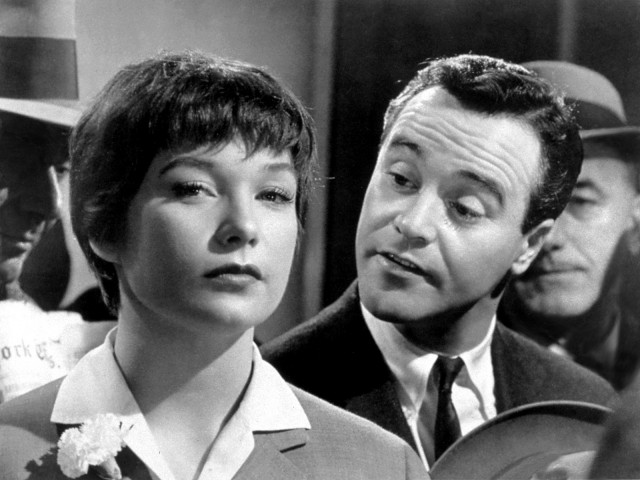 This is a really enjoyable film (understatement). I mean it hits all the right notes – acerbic wit interwoven with a very attainable romantic through point, thanks to the remarkable chemistry and comedic timing of its lead actors, Jack Lemmon and TCM Film Festival honoree Shirley MacLaine (who introduced the film to a packed house at the TCL Chinese Theatre). 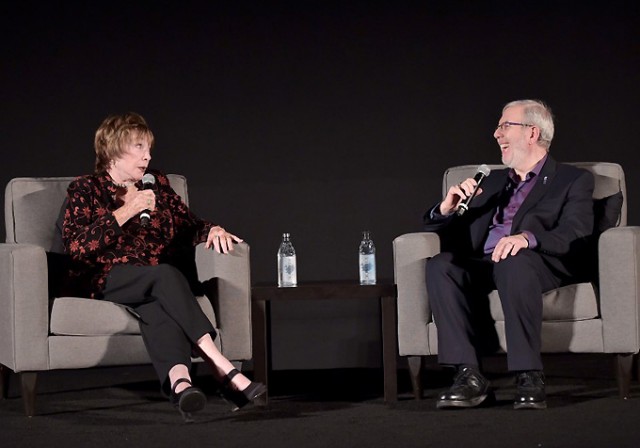 It is clear, and has been said many times over, that Billy Wilder was a cynical man. While I have no doubt as to the veracity of this statement, I personally do not feel that this excludes him from also being a rank sentimentalist in some ways, as I personally feel The Apartment proves.

A brief synopsis: Bud Baxter (Lemmon) is just another administrative cog in the wheel of a large Midtown Manhattan insurance company who has found the key to success in climbing the corporate ladder (see what I did there) – which involves the loaning out of his apartment key to his very married superiors. The purposes of which can only be politely described as private entertaining. As a quid quo pro, they Baxter receives top marks for his ‘hard work.’ This, in turn, gets the attention of personnel director Sheldrake (Fred MacMurray), who decides to get in on the scheme. To add layer upon layer, Baxter has a romantic pursuit of his own in the person of elevator operator Fran Kubelik (MacLaine). At this point I feel if I say any more, I will be giving the game (nay movie) away. Sure, the statute of limitations on ‘spoilers’ has certainly passed, but for my money, the story is too rich and enjoyable to give away too many details.

I will leave you with this final observation/experience from – the ending of the film (the last line, Wilder was great at last lines) was so well earned, that it left me with more than a couple of tears in my eye.

From what little I have watched of Mad Men over the years, I can tell that at a minimum The Apartment was a great influence on the show, specifically in terms of the aesthetics, sexual politics and other related thematic elements. Not to say there is anything wrong with that – but for some of my contemporary followers who may not know about the Wilder film, this note will hopefully serve as a good reference point.