Over the years and thanks to film festivals like Tribeca, my appreciation for the documentary format has increased ten -fold. Does that mean I like every documentary I have seen? Of course not. But there remains for me something fascinating about “telling” real like stories on the big screen.

So here is a set of feature-length docs that I am looking forward to over the course of the next 10-11 days. Those marked with an asterisk (*) have already been screened. Synopses courtesy of Tribeca Film Festival Film Guide.

Alma Har’el, director and cinematographer of the 2011 TFF Best Documentary Feature Bombay Beach, returns with LoveTrue, a genre-bending documentary, demystifying the fantasy of true love. From an Alaskan strip club, a Hawaiian island, and the streets of NYC—revelatory stories emerge about a deeper definition of love.

When is comedy not funny? Some would argue, when it’s about the Holocaust. Through interviews and performances featuring people on either side of the issue—including Mel Brooks, Sarah Silverman, Louis C.K., Joan Rivers, Chris Rock, and Abe Foxman—as well as a portrait of a resilient survivor, The Last Laugh offers an intelligent and hilarious survey of what is and is not off-limits in comedy, from the Holocaust and beyond.

Bad Rap follows the lives and careers of four Asian-American rappers trying to break into a world that often treats them as outsiders. Sharing dynamic live performance footage and revealing interviews, these artists will make the most skeptical critics into believers. With humor and insight, the film paints a portrait of artistic passion in the face of an unsung struggle.

BBC journalist Louis Theroux joins forces with director John Dower to explore the elusive Church of Scientology. With the help of a former high-ranking Scientologist, Theroux sets out to understand the furtive goings-on of the Church, armed with his irreverent humor and biting irony.

Stunningly gorgeous and delicate in both subject and treatment, Reset depicts renowned choreographer and dancer Benjamin Millepied (also known for choreographing the dance sequences in Black Swan) as he attempts to rejuvenate the Paris Opera Ballet in his new position as director. With appearances by composer Nico Muhly, Opera alumna Aurélie Dupont, and designer Iris van Herpen, Reset is a delightfully aesthetic affair.

How does one reintegrate into society after making peace with a life sentence? California’s controversial and notoriously harsh three-strikes law was repealed in 2012, consequently releasing large numbers of convicts back into society. The Return presents an unbiased observation of the many issues with re-entry through the varied experiences of recently freed lifers.

Keepers of the Game

Lacrosse is a sacred game for Native Americans, traditionally reserved for men. When a women’s varsity team forms in upstate New York, they aim to be the first Native women’s team to take the championship title away from their rivals Massena High. With the indigenous community torn, they find that more than just the championship is on the line.

Within the storied walls of The New York Times, a team of writers is entrusted with reflecting upon the luminaries, icons, and world leaders of our day. Vanessa Gould’s fascinating documentary introduces us to those responsible for crafting the unequaled obituaries of the NYT. As we’re taken through their painstaking process, we learn about the pressures accompanying a career spent shaping the story of a life. 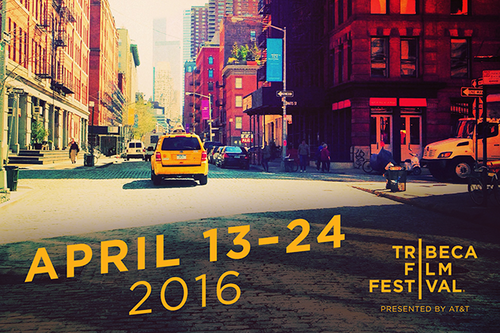