With a premiere at the 2016 Sundance Film Festival, Love & Friendship is a charming adaptation (from writer/director/producer Whit Stillman) of a young Jane Austen’s novella Lady Susan, believed to have been written in the mid-1790s, revised and prepared to a fair copy in 1805 and finally published posthumously by Austen’s nephew, James Edward Austen-Leigh, in 1871.

Love & Friendship chronicles the misadventures of the lady of the title (played by Kate Beckinsale, in a delightful comic turn), a young(ish) widow who can best be described as an ‘impossible flirt,’ who is seeking a new mate (and subsequent fortune) for her and her daughter Frederica (Morfydd Clark). 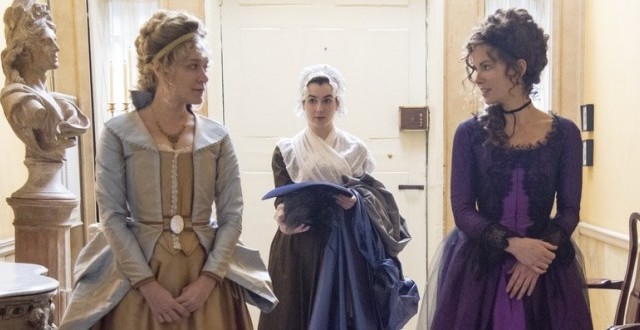 While I love me some Jane Austen, I have not read this particular story. But also, as someone who has read many of her other novels through the years, I feel rather familiar with many of the general constructs of how Austen develops her story as well as some of the nuances of what motivates the characters to act in a certain way; for instance, why doesn’t Lady Susan’s paramour, Lord Manwaring (Lochlann O’Mearáin), just divorce his wife and hook up with Lady Susan?

Questions such as the above lead me to one of my reservations about the film – if you are not too familiar with Austen plot machinations or the politics of Regency England, you may be a little lost in the weeds. I do suspect, however, you might not get too lost – because the heart and fun of the story is in watching Lady Susan’s interactions with the English aristocracy (and an American, played by Beckinsale’s The Last Days of Disco costar Chloe Sevigny). 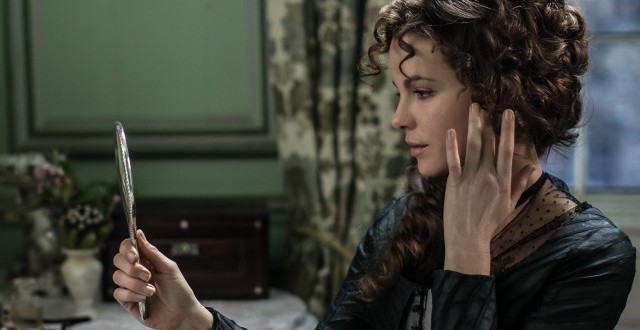 All of this factored into me being pleasantly surprised and entertained far beyond my expectations, even if the ending dragged a bit – I really wanted to just get to the closing action to find out if Lady Susan met with some form of comeuppance …

I will refrain in revealing the outcome because I think overall, Love & Friendship is worth 90 minutes of your time, especially if you are a fan of period/costume pieces and are looking for an Austen fix, a fix with a Stillman twist.

Love & Friendship was released on May 13th in New York and Los Angeles; check your local independent cinemas to see if it is playing in your area.