You may have noticed that recently I have not posted with the frequency I once did. Several reasons – chief among them – I am just a tad busy lately (or maybe I have stated that before). But almost more importantly, 2016 has been an odd year for me cinematically. I have generally enjoyed the films I have seen to date. But if I am honest with you, my awesome readers, nothing has really gotten me overly excited. In the back of my head, I felt/hoped that come fall, the tide would change and we would enter my moviegoing sweet spot. Dear friends, I think we have arrived at that place.

This past weekend, I ventured to the Upper West Side of Manhattan and Lincoln Center to attend the 54th annual New York Film Festival. My Sunday was spent watching Moonlight (which we will discuss below) and Ken Loach’s latest (more on that later this week). 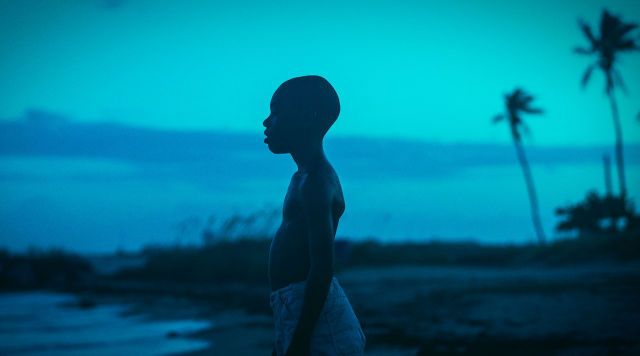 Based on a story by Tarell Alvin McCraney, this is a narrative told in three chapters which are chronicling the life of Chiron as he proceeds on his journey from young boy to young man in a Miami blighted by drugs and violence. But that is not the thing that worries him most – throughout all these stages of his life as portrayed on screen, we see him dealing with and ultimately coming to terms with who he is and what that means to truly embrace his sexuality.

It was refreshing to see such an emotionally raw drama amidst this setting. All too often when portraying communities of color in such a landscape, the story is fraught with what I can only characterize as a tale of hypermasculine “urban strife and turmoil.” And sure, those are important stories to tell, but it is equally important for there to be a representation that also allows this to fall to the periphery for the sake of telling a simple, beautiful story of a young man and his life and times.

Funny enough because of the structure of this film, I reflected on another recent film that similarly explored a young man’s “evolution” and coming of age (I will let you guess which one I am referring to). And while I enjoyed that film, I feel like Moonlight takes that idea and reaches new heights; it really captures those pivotal chapters of the young man’s life in a more controlled, economical and easier to process manner.

And while this is Chiron’s story, Moonlight is a film that is truly an ensemble piece where each of the principle characters – regardless of their station in life – have in them a strain of humanity which allows the audience to connect with them. Credit (of course) goes to the wonderful cast, which includes Naomie Harris, Mahershala Ali, Trevante Rhodes, André Holland, Janelle Monáe, Alex R. Hibbert, Jaden Piner, Ashton Sanders and Jharrel Jerome. They all bring this story and its characters to life.

There is so much more I want to say about Moonlight but I want to leave it to you to see what Barry Jenkins has beautifully constructed.