This is the first in a two-part series in which I discuss some delights from my attendance at the 2017 TCM Classic Film Festival.

For the most part, this festival can be summed up for me in word – nitrate. Now I will admit my knowledge on this subject is rather limited and restricted to a base level understanding; if you want to know more,  direct you to this pretty awesome article that NPR posted to coincide with the screenings at the TCM Festival last month.

From the description of the likes of Martin Scorsese, who, as Founder and Chair of The Film Foundation, was on hand to introduce the first nitrate projection of the festival (Alfred Hitchcock’s original 1934 version of The Man Who Knew Too Much), the beauty of nitrate lies in the richness of the contrast in the film stock, whether it be black and white (which produces luminescent whites and deep blacks) or Technicolor (with deep, rich color pigments) cinematography.

As the NPR article suggests, this visual “wow” factor enhances the argument of the film being a medium in which the artist is painting images with light.

Of course, this all came with a high cost and great personal risk to projectionists, since the nitrate stock is very unstable and highly flammable. The result was scenes like this:

Not only was nitrate highly flammable, but it also degraded if not properly stored. The consequence for our collected film history means that before the shift to the more stable cellulose “safety” stock (introduced in the early 1950s), improper care meant that a large percentage of the “nitrate library” has been lost to time.

The joint ventures and continued efforts of organizations such as The Film Foundation (*), American Cinematheque, TCM, and the Hollywood Foreign Press Association have one goal in mind – to preserve this catalog for our film heritage. But that is only half the battle. It is one thing to collect the films, but what to do, next? Exhibit them, of course!

The key here is to create a projection environment where they can be displayed and shown to the public in as safe a manner as possible. And that is exactly what the above-mentioned parties have done. The projection booth at the historic Grauman’s Egyptian Theatre in Hollywood has been refitted to allow the nitrate prints to be projected without the catastrophic fire risk.

And thus the stage is set for one of my recent singular cinematic experiences at this year’s film festival.

Not only did I get to see The Man Who Knew Too Much, but I also was able to relish in the delights of Otto Preminger’s Laura,  Powell-Pressburger’s lush and sensual Black Narcissus (personal favorites of mine). Rounding out my experience was a first-time viewing of the Mitchell Leisen adaptation of the Broadway musical Lady in the Dark. This film, which stars Ginger Rogers and Ray Milland, was a nearly indescribable lavish and spectacular psychiatric trip, whose dated sexual politics yielded more than a fair share of chuckles. But have no fear, this only added to my overall enjoyment of the picture. 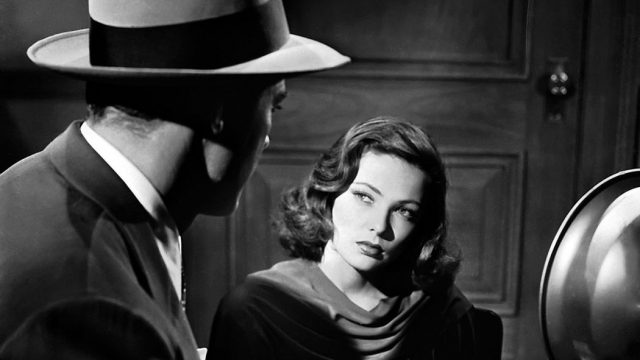 One final note – it cannot be stated enough that in seeing these films I am not only seeing them in their original intended glory – these prints are 70-80 years old! It is quite remarkable, indeed.

* For more information, check out the Film Foundation’s writeup: http://www.film-foundation.org/nitrate-at-the-egyptian