Well, nearly a month has passed and have not posted. Frankly, my regular gig has really limited my ability to do all I have wanted to do in this space, especially over the course of the last month.

Not that I visited the cinema too much, but there are a couple of films which were released over the past 30 days I wanted to call out and recommend that you give a chance.

In what I am assuming is the final installment of the Thor stand-alone films within the MCU, our Christmas has come early and we are given what I felt was the best of the series. If I am completely honest, this was not a major threshold to overcome; the Thor series has generally been the least anticipated single Marvel hero film series. Sure – I have seen the previous two films, but this was the first one I saw at the movie theater. 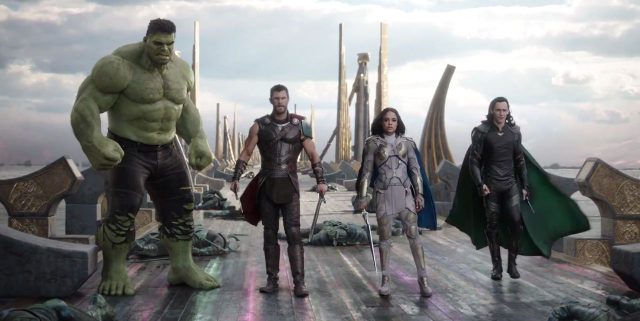 Directed by Taika Waititi, Thor: Ragnarok was a wildly hilarious and trippy experience that was simply a good time at the movies. And sometimes that really is enough, folks. Sure, there are likely details that my untrained comic sensibilities may have missed which serve the larger MCU story in whatever phase Marvel is in, but the highlight for me was the wonderful comedic timing on display by Hemsworth, Ruffalo and Goldblum.

In hindsight, my only regret was seeing Ragnarok in 3D. It really was not necessary. Even in two dimensions, the vibrant set design would pop off the screen. So if you miss seeing the film in the theater in the first few weeks (I assume it is still there), I say go for it and pay the price of admission. Or, better yet, wait for it to be released for home viewing. Either way I do not think you will be disappointed.

Next Up: BLACK PANTHER!

Honestly folks, there is no excuse for you not to see this. Over the Thanksgiving weekend, I told anyone within earshot that they must see this film, especially since it is readily available to stream on Netflix.

However, if possible, I recommend that you find a theater showing it and watch on the big screen. Not only is it a great show of support for the creative power behind the film (bravo, Dee Rees director of Pariah and Bessie), but it is also an opportunity to a “sweeping American tale” on a scale fitting its narrative aims. 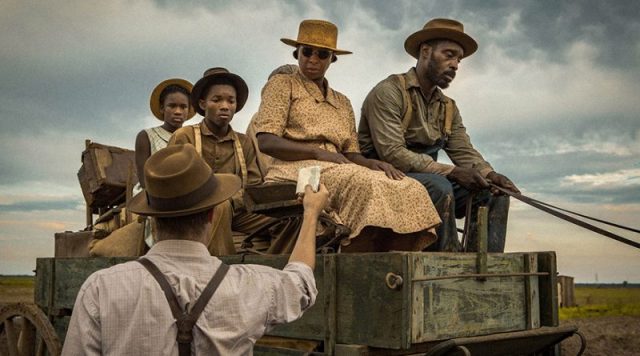 Based on the novel by Hillary Jordan, Mudbound  is the story of two families – one black and one white – and how their lives intersect on a Mississippi plantation in the early-mid 20th century.

The visual imagery was stunning. As I watched the film at this year’s New York Film Festival, I was immediately taken back to the stories my mother told me about her early childhood growing up on a plantation in South Carolina. It really conveyed a sense of time and place and immersed the audience in that world.

With some fine performances from the ensemble cast, I have to admit that there are a few moments where the narrative dips its toe into the … how shall I say this … overly predictable/”trope-ish” moments. But nearly not enough times for me to tell anyone to pass on the film. In summary, there is enough there for you to walk away from Mudbound with a feeling of having watched a solidly made film you will have an emotional response to.

That’s all folks! Onto December where I am at least guaranteed to see one film for sure …

THE LAST JEDI; ring a bell, anyone?