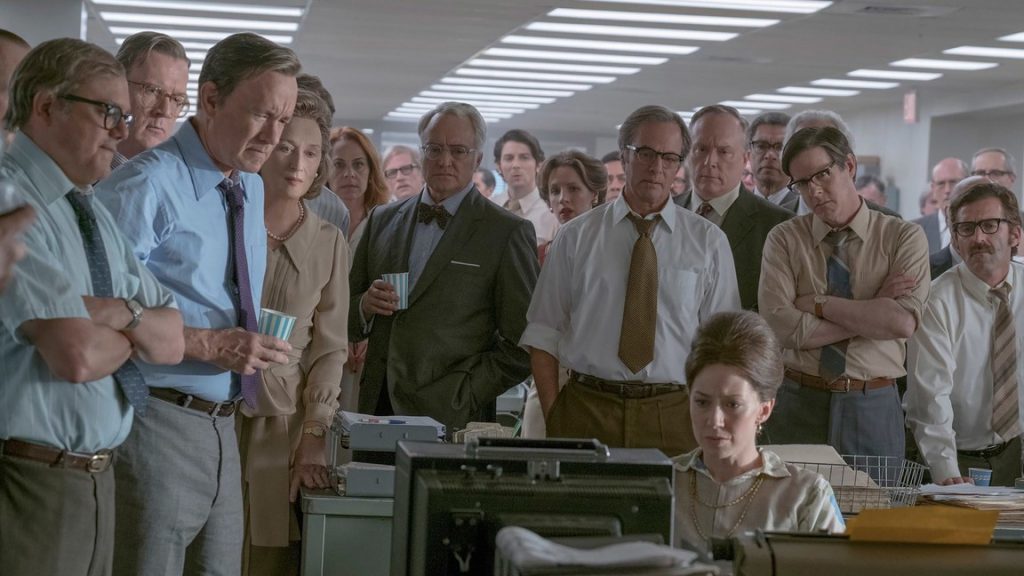 Now, that does not make this a perfect film by any stretch. There were definitely a few Spielbergian flourishes that could either inspire awe or come off as a bit cheesy. For me, there was one scene in particular when I transitioned from the former to the latter. It was quite an experience: one moment I am on the verge of tears thinking “Yes,” only for a second later, to be sat there rolling my eyes into the back of my head.

Part of me also felt like this film was an opening act of sorts, leading to a main event (Watergate). Apparently, the filmmakers felt the same way because the epilogue was a wink and nod in that direction.

So overall, yeah, it is about what you would expect from an awards-season film with powerhouse talent behind it. Do you need to see it in the theater? Probably not. But it is a film of interest for the performances and the history which it tells – a history which resonates especially during these most interesting times we are living in.