I entered The Public Image is Rotten, a portrait of Sex Pistols’ frontman Johnny Rotten (John Lydon), not knowing exactly what to expect. Frankly, it is how I approach all musical documentaries – I feel like the less one knows about the subject the better. In the past, this exercise has served me well – that is watching documentaries on folks I may not know and whose music I cannot pretend to listen to. It is a fun project, a musical journey of sorts in which I venture into a musical arena I may not have otherwise explored. 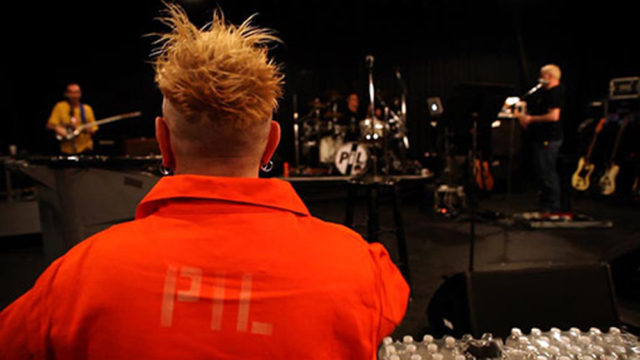 While many would assume a documentary adjacent to the Sex Pistols would swirl into a maelstrom of the iconic punk band’s (bonkers) halcyon days, The Public Image is Rotten does not. Instead, a solid portion of its 103 minute run time focuses solely on Lydon’s transition to his post-punk days as reflected in his work with Public Image Ltd (PiL). This makes a lot of sense, since this group – with its high turnover of members – far outlived the Sex Pistols. As an added ‘treat’ to the fully uninitiated (like myself) – many former PiL members and associates feature in this documentary. In many ways, their appearances felt like I was in the room with them, observing the most sacred of Festivus traditions – the Airing of Grievances.

This documentary also does an adequate job of creating a Venn Diagram of the man, his music and where they overlap. It shouldn’t surprise me since that is ultimately the goal of any musical biography – the portrayal of how one informs the other, and vice versa. What I found most fascinating, in addition to the dizzying revolving door of musicians, was the evolution of the music itself. I could not really peg their sound to one defined genre. The chaotic energy which infuses the music also reflects itself in the man himself, even in his advancing years.

The Public Image is Rotten opened in New York City this past weekend on select screens; check the site for showtimes and locations.