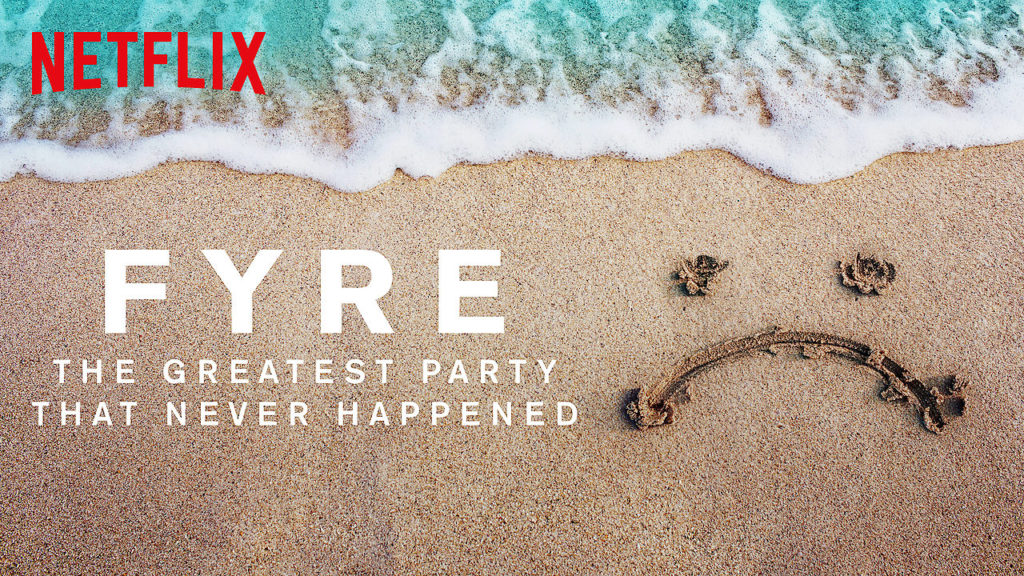 To its credit, this documentary is quite effective at contextualizing the events which led to the self-imposed disaster which was the Fyre Festival.

At the center of the “festival of doom” is self-styled entrepreneur Billy MacFarland. What started as a way to promote a mobile talent booking app with partner Ja Rule almost immediately spiraled down the drain due to a toxic blend of greed, ego and gross inexperience/incompetence around planning such an event.

I mean without even digging too deep into it, the premise is a fairly reasonable one – people with loads of disposable money slinking away for an exclusive musical experience that most of us would never experience in our collective lives (Coachella, what?). That was clearly part of the hype driving this train off the rails. This and the now infamous ad featuring some rather recognizable supermodels (if that’s your thing) frolicking on a uninhabited island once owned by a notorious narcotics dealer pretty much did all the selling:

Further bolstered by social media influencers, themselves driven by their own promised of access to the “exclusivity,” this event was billed as the festival to end all festivals.

Or so they thought.

For the fully uninitiated, I will not go into details about all the aspects of this epic collapse that caused it to crash and burn (pun intended). But as I was watching – even knowing the general outline of events – my mouth gaped wider and wider open as each unbelievable turn revealed a cluster more outrageous than the previous one. Interviews with planners/colleagues, sponsors, harbingers and victims alike provide a series of first-hand accounts that paint a rather complete picture of how it all went belly up.

And maybe while not initially intentional, this doc reveals something else – how much something as ephemeral as “social media presence” can do damage and leave a lasting impact on individuals. This include those who got swept into the maelstrom through no real fault of their own. And yes – I chuckled at the attendee-victims of this scam, but I also did really feel for the Bahamian natives involved with the project who were left holding the bag (and soaking wet mattresses).

So do I recommend Fyre: The Greatest Party That Never Happened? Of course I do! It may not be the pinnacle of documentary film-making, but based on the pure sensationalism and spectacle of it alone, it’s definitely worth a look see. One word of warning – there is no interview with the principal villain of this story (Mr. McFarland) here – you have to dip over to streaming rival Hulu for that one. To that I say, watch this space.