There is no setting better suited for this story than modern day Chicago. It is a city of stark contrasts that has a special place in the lore of American life. This is especially evident as it relates to matters of class and race in our society. It is fertile ground for a filmmaker who has been able to successfully mine these thematic elements to engaging dramatic effect.

When I rewind the film in my mind, there is one scene in particular – which comes at a pivotal moment – that really is emblematic of what I have come to expect and appreciate about McQueen. That is his ability to hit the audience with so much without making feel like your senses as a viewer are under assault. And of course, there is “classic in my and many others’ mind” scene which involves a magnificent shot that perfectly encapsulates one of the prevailing themes of the film.

It goes without saying that none of this would work if you do not have the power of performance behind it. Top to bottom, everyone delivers the goods. Despite the large cast, the central figures were given just enough background to make them feel like fully rounded characters. I could probably devote an entire post to dissecting at least 5 or 6 of the performances. But alas, the goal of this post is (was) brevity, so please take my word for it.

One final note-when it comes time for the story to take its inevitable turn(s), elements of if will definitely surprise the audience. But it feels earned and not thrown in there just for the sake of it.

Of course at the time of this writing, Widows has come and gone from the multiplex. That does not discount the fact that you should really take a moment and see it. The fact that it is so accessible on countless viewing platforms (physical and digital), means there really is no excuse to not see it. In an age where audiences lament that they yearn for more – stories which do not feel like an insult to their sensibilities – Widows fits the bill and is more than worthy of your support. 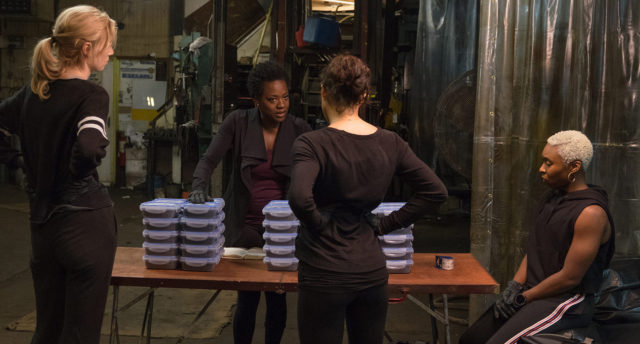