When someone as well known and entertaining as Robin Williams passes away rather unexpectedly, the response is profound and immediate. Over the course of his vaunted career, he left audiences in fits of unbridled fits of laughter at his manic displays, but he could also reach moving, sentimental heights through the power of performance in films such as Good Will Hunting and Dead Poets Society. He even pleasantly popped up in some unexpected places too (Dead Again).

Which is funny, because as a youth, I had quite the opposite reaction. Allow me to elaborate.

My brothers and I grew up in the time of Mork and Mindy. Apparently, my parents assumed that my brothers (especially) were huge fans – so much so that they bought a poster of Robin Williams in rainbow suspenders. This poster found residence for a number of years prominently displayed in their room. I tell you something – that poster was the source of many a bad dream. I swore his eyes staring down at me with the sole intent of tormenting my 4-5 year old soul.

Of course, this was all worked up in my head because as the years wore on, this response was replaced with a feeling of fondness when I would see him on the big screen and small because at the end of the day, he laid it out there for you to enjoy. Sure, there may have been a few “misses” along the way – no artist worth their salt will have a 100%, perfect track record. In fact, the ability to take that leap and see how everything shakes out, is something to be respected and admired. And in that regard, I truly respect the man and the gifts he shared with the world.

It has been said over and over in the 24+ hours since the news of his passing, but there is that bitter irony that a person who could make us laugh and leave us so full, also has within themselves something quite the opposite. Not surprising because I think that is a central theme of the human condition but, I would like to think that for fleeting moments, Williams’ art allowed him to exorcise just a little of that darkness. And through our joy in his performance, he was able to experience some measure of pleasure and satisfaction.

And while I may be permitted momentarily to be selfish, wishing that he was able to continue to share that energy with us, I also recognize the punctuated loss felt by those who were nearest and dearest to him. For them, I extend the deepest of sympathies. 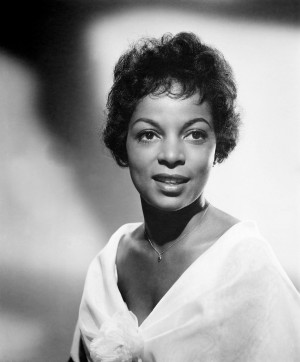