It must be obvious to readers of this blog – I love romantic pictures .. especially those that are adapted beautifully from some great bits of literature. I was browsing the BBC America site this evening and followed this link:

Mind you it is a Miramax advert for the upcoming DVD release Cherie starring Michelle Pfeiffer, it is something I thought you might like. Click on the images and read the short synopses of books and their novel adaptations.

Pure cinematic confection. What else can I say? Every time this movie comes on, I have to take pause and give it a go. It is bright, the music is lovely and it is a film constantly on the go. It is action packed and has one of the silver screen’s most dynamic and engaging duos – Errol Flynn and Olivia deHavilland. And can I say how much I LOVE Olivia deHavilland. She is so proper and regal.

A simple storyline mixed with almost blinding Technicolor can easily get lost on a generation transfixed with loud explosions and dizzying camera movement. It often makes me wonder what the movie makers of long ago would think of the modern-day motion picture…would they even recognize it as the form they helped pioneer over 100 years ago?

For modern day skeptics who would dismiss The Adventures of Robin Hood as a cheesy, if not cartoon-ish production, I recommend you watch Robin Hood for those very reasons. On subsequent viewings (I have seen it at least 20 times already – probably more) it almost feels like a live-action comic or cartoon but in the best way possible; it is an entertaining piece of movie escapism. The good guys are too good to be true and the bad guys are deliciously villainous.

Trust me you will enjoy every moment of it. 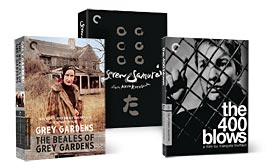