April 17th (Friday) marked William Holden’s 91st birthday.  As someone who is admittedly a fan but also admitting to not seeing films such as The Wild Bunch (1969) and Network (1976) to their completion, here in no particular order are a list of what I feel are some notable Holden performances:

Picnic (1955) – the Cinemascope/Technicolor combination makes this film feel like a big sweeping epic.  Which is strange since is hails from a stage show, which  in general tend to be more confined. It just looks like a “big” picture. While I do not think that this is the best of Holden’s performances, I still enjoyed the picture.  A great part of my reservation stems from the fact that while Holden’s Hal Carter is a bit world-weary (much list the actor in real life) there is an immaturity in Hal that Holden does not seem to be able to capture.  It truly is a compliment to the fact that by this time in his life Holden himself appeared to be a man who “got it” and would not live under such delusions.

Sunset Boulevard (1950) – one of his finer performances.  As much as we are taken in by the bravura performance of Gloria Swanson’s Norma Desmond, Holden performance is a perfect foil with its nonchalant indifference to the glare of Hollywood.  No wonder he received his first Oscar nomination!

Apartment for Peggy (1947) – this such a cute movie especially for slow afternoon.  Truly diverting and pleasure to watch.

Our Town (1940) – I watched this movie again the other night on late-night public television.  I think this film is especially noted for a fine turn from pre-WWII Holden.  When referencing his performance, the New York Times’ Bosley Crowther in his June 14, 1940 review stated, “William Holden plays the boy with a clean and refreshing youthfulness.”  Among the awards bestowed upon this film: “10 Best Films” – 1940 New York Times; “10 Best Films” – 1940 Film Daily; Best Acting – 1940 National Board of Review (Martha Scott and William Holden).  In addition it was nominated in the following categories:  1940 Oscars – Best Actress (Martha Scott); Best Black and White Art Direction (Lewis Rachmil); Best Score and Original Score (Aaron Copland); Best Picture; Best Sound (Thomas T. Moulton); 1940 National Board of Review for Best Picture.

Stalag 17 (1953) – my personal fave and by sheer coincidence Holden’s Award-winning performance as Sefton, a cynical, self-serving POW who ends up being our hero by film’s end.

For those who are interested in learning about the life of William Holden the actor and the man, I recommend Bob Thomas’ Golden Boy:  the Untold Story of William Holden is a very good biography.  It tells the story straight without too many salacious details. 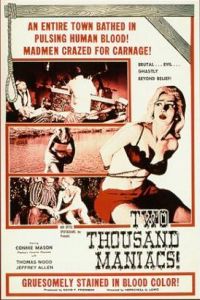 In the spirit of Saint Patrick’s Day ….

Julia Roberts and Sean Connery may have won Academy Awards, but that does not mean that they can pull off a believable Irish accent on screen. See who else made the list of worst movie attempts at an Irish accent, including two more Oscar winners.