Today, Brad Pitt is officially a member of AARP folks (DANG I feel old). In honor of reaching this milestone, I wanted to share with you all a list of my favorite performances by him. Unfortunately I cannot be bothered with the actual order (well, maybe I will do it in reverse chronology), but just know that if it made the list, I thought it was good. 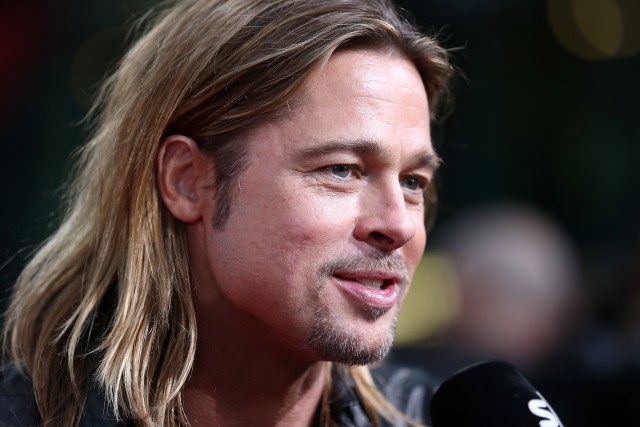 Also I am a heathen, in so much as I have not seen such gems as Tree of Life, The Assassination of Jessie James …, Fight Club and Inglorious Basterds. So maybe that negates all of my efforts in the minds of some. Fear not doubters, I will (eventually) get to them.

12 Years a Slave (2013): Granted, his time on camera is very limited but I just wanted to put this out there mainly on the strength of the film which is, simply stated, it is a sublime cinematic experience. See it if you can, please.

Mr. and Mrs. Smith (2005): Okay my one exception to my above stated criteria for standard of quality. It is simply an action-y guilty pleasure of mine. Deal with it.

Ocean’s Eleven (2001): Loved the pacing and everything about this Soderbergh-helmed caper.

12 Monkeys (1995): I guess my soft spot for this film is based on 1) my appreciation of its source (Chris Marker’s short, La Jete) and 2) my appreciation for the work of Monty Python alum Terry Gilliam.

Se7en (1995): I like this film more and more each time I have seen since that first time in the movie theater.

A River Runs Through It (1992): Pitt’s golden boy looks worked so well in this adaptation of writer Norman Maclean’s autobiographical tale. It also gets major props for the beautiful, serene photography.

What are your faves? Hit me in the comments section below.