I cannot believe that I let 2012 pass without mentioning the remarkable documentary, Searching for Sugar Man. When I first heard about the film during the 2012 Tribeca Film Festival, I had no desire whatsoever to see. Part of my reluctance was that I was CONVINCED I knew which way the story was going to turn.

But, a few words of praise from those whose opinions I hold in high esteem persuaded me to give the doc a chance. And boy am I glad I did. 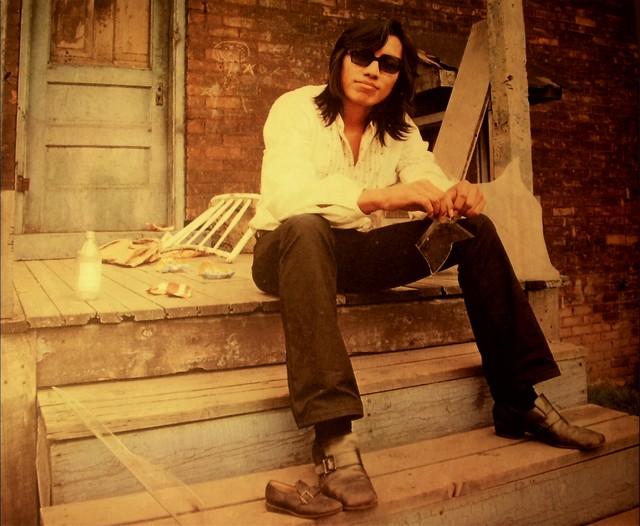 SYNOPSIS: Seventies folk rock artist Rodriguez never made it big in his native USA. Somehow, his music, with a decidedly anti-establishment message, found its way into the homes of middle class South Africans with whom it literally struck a chord. They connected with his message of rebellion and fighting the powers that be – in what history would prove were the waning days of the apartheid system. This message and inspiration made Rodriguez an instant superstar. Add to the mix the various tales of his tragic fate and he instantly became the stuff of legend.

Fast-forward to the present day – two fans want to know exactly what happened to their musical idol, so they embark on a journey that spans the globe (including to Rodriguez’s native Detroit) …

I will not divulge how this mystery of this Detroit-based musician (named Rodriguez) unfolds. Just rest assured there are many twists in turns in our narrators’ journey to find out the truth behind the fate of “Sugar Man.”

And while I enjoyed the ride immensely, one of the things I found most fascinating about this story is that Rodriguez’s music really was not that bad; I guess it is just telling about the music industry in general that someone could fall through the cracks and fade into obscurity in the way he did.

You may even more incentive to give this film a chance now that it has been nominated for an Academy Award in the category of “Best Documentary.” In fact, I did just catch that Searching for Sugar Man is now available on iTunes – may be worth a look-see!