After the rather ambiguous ending of this year’s previous MCU entry (Infinity War), I hardly knew what to expect from Ant-Man and the Wasp. For instance, how would I cope with marrying the two stories which prior to my screening, I assumed would run along parallel tracks until they didn’t? Because we all know by now that these stories all fold into one another.

Also playing in the background was a part of me that will forever smart over the “might have beens” as it concerns this franchise over the loss of Edgar Wright’s creative vision. Even with that reservation, I must say, I did enjoy the first film well enough – it was entertaining and proved to me a rather pleasant and enjoyable time at the movies.

END_OF_DOCUMENT_TOKEN_TO_BE_REPLACED

In its second week of release, Ant-Man just did edge out Adam Sandler’s Pixel to obtain the weekend box office crown. Good stuff.

Although I saw it over a week ago, it is only now that I am sharing a few thoughts on the film.

First for the good news:

Overall, I liked the film. For someone whose expectations have constantly been tempered and well documented as it concerns superhero films, Ant-Man brought a level of cinematic satisfaction for me. It is a film that takes the unlikeliest of scenarios (yes, even for a comic book hero) and makes it enjoyable, fun and worthy of a few chuckles. It also benefits immensely from having a central cast who give very solid performances, notably Michael Douglas as the “original” Ant-Man, Hank Pym. And oh yeah – Paul Rudd as ex-con come superhero Scott Lang – is always a pleasure to watch. 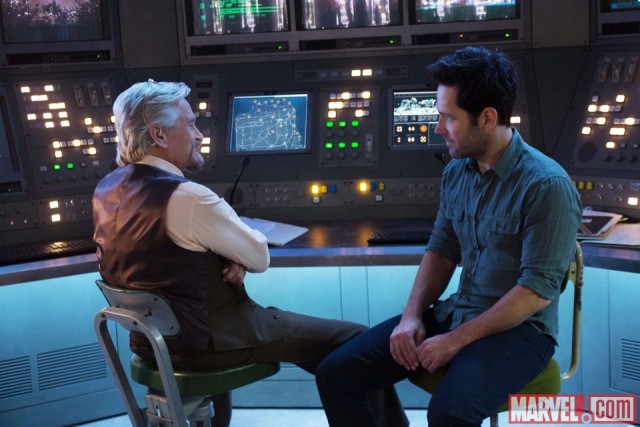 It’s a matter of scale … Once I found out more about the background of this lesser-known Marvel superhero; one thing I was curious about was how the effects would look on screen. Sure, it is a film with some money behind it (albeit a relatively ‘modest’ budget of $130 million), but as a point of comparison, during moments of the earlier Marvel summer mega-release Age of Ultron, I felt a bit of CGI overload. Not so much here. Maybe because of the scaling down, the film felt like a more immersive experience. Note: I did not see the Ant-Man in 3D, although I can imagine how cool some of the set pieces would look coming right at you! 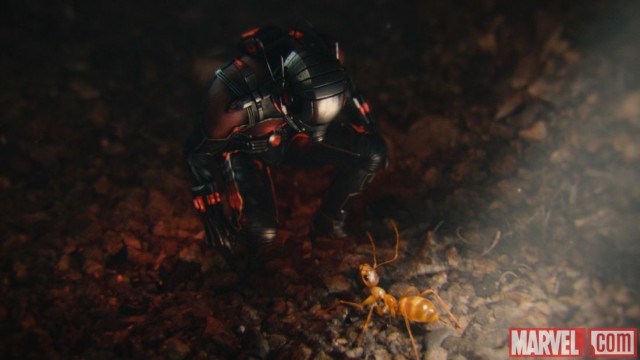 As you know, with every point of light, there is a ‘dark’ side; here are a couple of less positive observations I made in the aftermath of viewing Ant-Man:

Diversity at a cost? Sure on the surface, one looks at the players and go, “Wow — what a diverse cast.” But there seems to be a fine line with respect to caricatured stereotypes. Of course, when you have a set of secondary characters (sidekicks of a sort), there runs the risk that they will not be fully drawn out and you are headed down the road to Tropesville. In fact, the argument can be also made that Darren Cross (Yellowjacket) is also a cardboard cutout villain, replete with the trademark bald head. But ultimately I leave that for you, the viewer, to make of it what you will.

The ghosts of creators past. As I watched the film, I am afraid I found myself guilty of recalling thoughts of Ant-Man’s intriguing production history and subsequently playing the game of Who Wrote that Bit?. With a story by Edgar Wright and Joe Cornish, the screenplay clearly includes some of Wright and Cornish’s dialogue, no doubt with “additional contributions” by Rudd and Adam McKay (probably added once Wright and Cornish left the project; also worth noting Peyton Reed took over directorial responsibilities as a result). For more details on this matter, I refer you to Superhero Movie Talk’s discussion on the topic from April. Needless to say, at times I was taken out of the story as I tried to calibrate all of this in real time.

But in the end, credit where it is due, because in spite of these ‘issues,’ as I previously mentioned, Ant-Man fit the bill for a requisite summer entertainment at the multiplex. 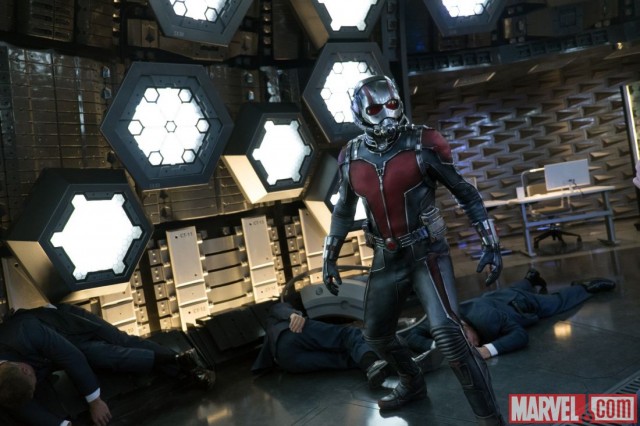