Many films were lost in the mire of the Hays Code (read more about it here); recent years have warranted a re-visitation and examination of these “lost” films. The “Pre-Code” films often used the titillating themes of sexuality and moral ambiguity to pull in and keep the movie going public deeply flocking to the cinemas. 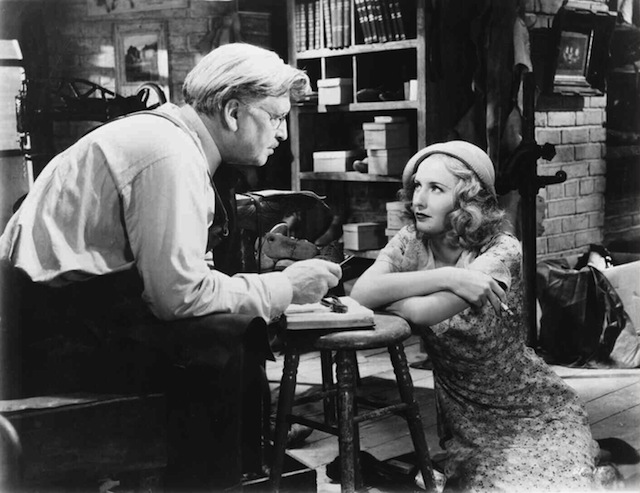 This week’s overlooked selection, Baby Face starring Barbara Stanwyck and George Brent, is one such example. The tagline reads, She had it and made it pay. Specifically Stanwyck’s Lily Powers uses her feminine guile to work her way up the corporate ladder, ‘bumping’ into the likes of John Wayne along the way.

Thanks to its frank discussion of sex and sexuality, Baby Face‘s release has been said to be (in part) responsible for the institution of the morality–dictating edicts of the Hays Code:

… the original version of the film was rejected by the New York State Censorship Board in April 1933 … The uncensored version remained lost until 2004, when it resurfaced at a Library of Congress film vault in Dayton, Ohio … The restored version premiered at the London Film Festival in November 2004. In 2005 it was deemed “culturally, historically, or aesthetically significant” and selected for preservation in the United States Library of Congress National Film Registry and also was named by Time.com as one of the 100 best movies of the last 80 years. (Source: Wikipedia)

I suggest if you have not heard of this film, seek it out. It is a fine example of a Hollywood that existed for a very short period of time but had a lasting impact on the industry for several decades.

Be sure to check out some other overlooked titles at Todd Mason’s blog, Sweet Freedom.