If you are a fan of the Richard Curtis School of  (Romantic ) Comedy and its music, you will like this post. Released in 2011, Love Songs … Actually is a compilation of the music from Richard Curtis’ most popular comedies, including:

Whatever you may think of the films, this collection contains a varied array of songs that ranges from the some of the classics songs to the ‘latest’ pop confection (truth be told, I tend to steer clear of the latter). But with over 40 songs to choose from, I was bound to  find a couple of faves:

Unfortunately, there are some serious omissions from this two-disk set; most notable for me are:

In this case, your best bet may be to acquire all the individual soundtracks and create your own ‘master playlist’ for your listening pleasure. I have done so myself.

But for folks in the USA who will insist on having this single, abridged version set, please note that Love Songs … Actually is an import title that you will have to order a physical copy of, likely over the internet. 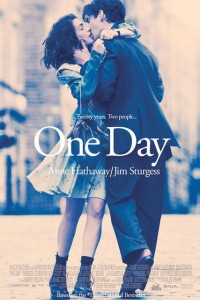 The Criterion Collection is releasing a new master of this Hitchcock classic in a special two-disk set. I already own the original Criterion disk and am almost tempted to get this one to see the special features it had to offer.

This is definitely one of my all time personal faves from a favorite director – hopefully more of his films will get the “Criterion treatment” in the future.