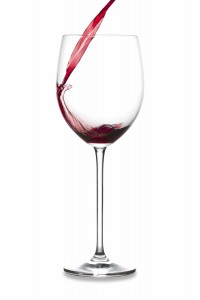 Some time ago, I had the pleasure of attending a film screening event in Harlem at the Nectar Wine Bar. I was invited by Tyson Hall, founder of the SOL Film Festival (who will feature in a follow up piece here at i luv cinema).

For those in attendance, the evening featured a series of short films including – Repercussions (directed by Dallas Alexis) and Whatever Happened to Black Love? (directed by John Smooth). Anita Bryant, Marketing and Promotional Director of the Sol Film Festival presented each film.

The first short of the evening, Repercussions is a narrative piece with a very interesting plot twist. Based on the positive audience reaction, I am sure the filmmaker feels encouraged and will continue to create intriguing and audience-accessible stories. You can view the trailer here:

The second feature was an unfinished documentary entitled Whatever Happened to Black Love?  The filmmaker, John Smooth, conducted a series of interviews in which the respondents spoke openly about love, relationships and the like. Based on the portion of the documentary that we watched, Whatever Happened to Black Love? has the making of a fascinating look at real people and their experiences, hopes and fears. During the Q&A session that followed, this seemed to be the prevailing view of many in the audience, to which the director was very receptive. You can catch that trailer here.

I encourage anyone interested in film to seek out opportunities like this in their own areas. Not only is it great to see what people are out there creating, it also gets you closer to the whole filmmaking process.

* Stayed tuned to this space for a similar posting on an event I will be attending in NYC as part of the Sundance Institute’s ‘First Look’ Screening Series.