Full disclosure: I have a very vague recollection of the original, Mel Gibson-headlined films in this series so my perspective on how the film looks and feels may not be entirely on point. Because let’s face it – when the original films came out (in 1979, 1981, and 1985, respectively), I was technically way too young to have either seen them or better yet actually understand exactly what they were about.  But I had, in fact, seen them, thanks to a rad dad who enjoyed sharing his cinematic experiences with his impressionable children. Maybe I should have rewatched in anticipation of seeing Mad Max: Fury Road but alas, I did not.

My, how times have changed – a little bit older and wiser (I hope), I went into the cinema with a better understanding of the world I was about to inhabit. And, at the end of the day, what a horribly wonderful world it is. 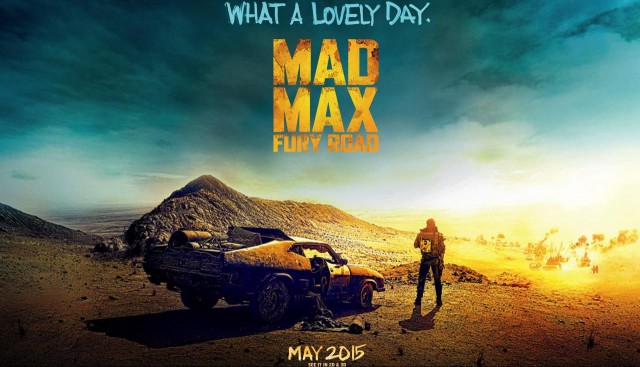 This latest chapter in director/co-writer/producer George Miller’s Mad Max saga, Mad Max: Fury Road starts with Max (played by Tom Hardy) on the run; the from what/whom is made pretty clear from the outset.

What can I say about this cultish corner of post-apocalyptic Australia*, really? It isn’t pleasant, that much I can tell you, especially if as in Max’s case, you are designated a ‘blood bag’ for one of the Immortan Joe’s (head dude, played by Hugh Keays-Byrne) army, or if you are an attractive woman of childbearing age.

Enter Imperator Furiosa (Charlize Theron), who by all accounts is one of the best supply runners this community has; she is headed off on the road to collect gasoline but it becomes apparent that something is a bit amiss. Shortly after Furiosa’s departure, Joe realizes that his aforementioned “prized breeders/wives” have gone missing (I think you can guess by whom). Upon this realization, Joe sends his league of henchmen out on the road to reclaim what he feels is his. Our friend Max fits into the story because as a blood bag, he is the source of nourishment for one of the men in pursuit, Nux (Nicholas Hoult).

The film then proceeds to take us on one epic, action-packed and unrelenting road trip.

Fury Road is rather light on dialogue but heavy of flying-off-the-screen action set pieces (perfectly suited for 3D projection – though I chose to see it in standard 2D); either way you see this, it was a genre lover’s paradise.

Now to get a little heavy – I am a little reticent at this point to discuss at any great length the heavily reported topic of Fury Road’s feminist bona fides, because several others have spoken eloquently in this regard. I will say that for myself, I had no preconception or expectation of what to expect when I entered the film. However, as the narrative progressed, it became more and more clear to me that this was the story of the women and matriarchy, with Max as an actively participating bystander. It was an exciting, welcomed breath of fresh air. However, for a few members of the audience at my screening, this was not the case, as they exited the film early on. Why? Only they know, I suppose.

So to return to an earlier point in this post, did I derive more or less enjoyment by not seeing the first three films again? My answer: not really. Although part of a larger franchise, I do not think the earlier films are necessarily required “pre-” viewing. That said, after seeing Fury Road, maybe a re-visitation of the earlier films at some point in the future is in order.

But as a standalone, Mad Max: Fury Road, even now, a month later, continues to resonate with me and is easily one of my favorite films of 2015 thus far. 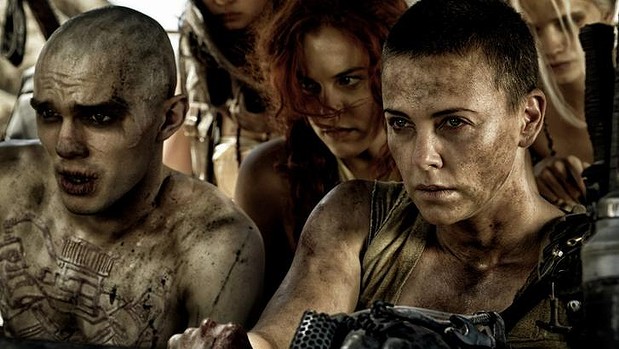 *Production note: although set in Australia, Mad Max: Fury Road was in fact shot in the expanse of the Namibian desert.