I have been graciously invited by Ruth at Flixchatter to participate in her celebration of what would have been Gregory Peck’s 96th birthday. Be sure to check out her piece Beauty is Forever: Happy Birthday, Mr. Gregory Peck!

Also make sure to visit her site to read the posts from the others who have contributed to this celebration!

Here, below, is my celebratory entry: 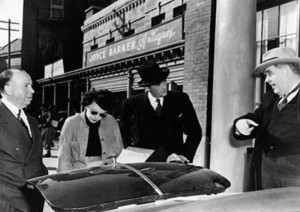 As many fans of Alfred Hitchcock know, whether in front of or behind the camera, once Hitch found someone he liked, they usually became a constant collaborator.

When it came to music, there was Bernard Herrmann.

When it came to continuity and editing, his wife, Alma Reville.

In the area of writing, there was John Michael Hayes.

And then there were the ‘icy blondes’ of course – Ingrid Bergman, Tippi Hedren and Grace Kelly, to name a few.

As far as leading men are concerned, there was James Stewart, Cary Grant, and our birthday boy, Mr. Gregory Peck, who starred in two of Hitchcock’s films: the 1945 classic Spellbound and 1947’s The Paradine Case.

For my money, Spellbound is the far superior film; in this film, Hitchcock utilizes Peck’s dignified everyman status to great effect. He plays Dr. Edwardes, a young doctor on assignment to a mental institution. But soon we discover that all is not what it appears. Hitchcock uses this as an opportunity to delve into the complexities of the human mind (the subject of psychoanalysis being of great interest to Hitchcock). His co-star in the film is Ingrid Bergman playing Dr. Petersen, who helps Dr. Edwardes (and the audience) unravel the mystery at the center of the story.

A highlight of the film is the infamous dream sequence, with elements conceived and designed by the famous surrealist Salavdor Dalí.

At the time of its release, Spellbound was a runaway critical and commercial hit. 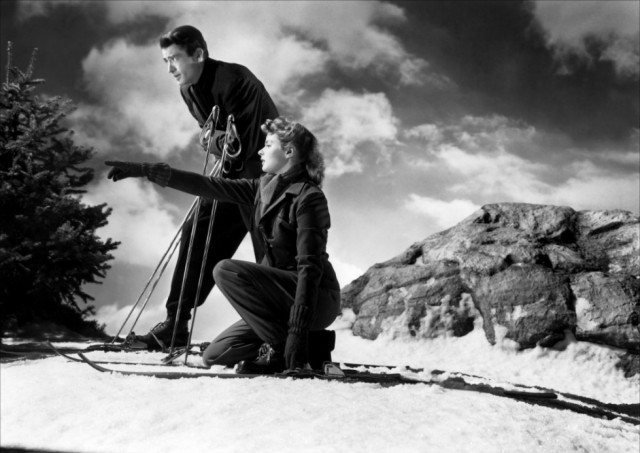 Unfortunately, Peck and Hitchcock’s second collaboration received mixed reviews and was not generally as well received. The Paradine Case is the seventh and final film that Hitchcock directed for producer David O. Selznick.

It is a courtroom drama in which we see Peck’s character, barrister Anthony Keene fall in love with his client, the beautiful and mysterious Madame Paradine (played by actress Alida Valli). She is on trial for the murder of her husband.

Often seen as one of the “Hitchcock films one ought to not bother watching” it is an effectively made film that shows what lengths the protagonist will go to let this woman he is so drawn to escape a murder charge – Keene puts his reputation, career and marriage at stake. 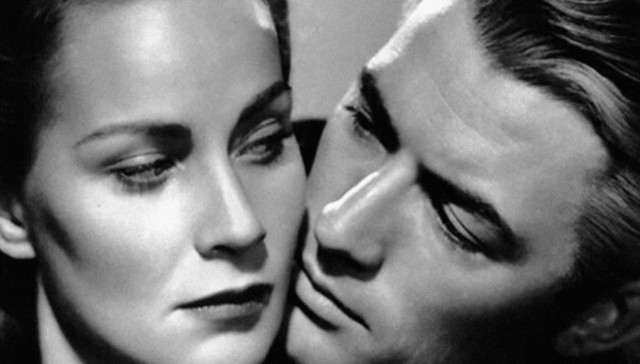 One reason I feel many dismiss The Paradine Case is that it does not have the characteristic ‘Hitchcockian’ levels of intrigue and suspense that audiences were getting used to from the director by now. I suspect that if any other director’s name appeared at the opening credits, the reception would have been a bit more forgiving. That said, if you are looking for a film in the vein of Spellbound or Notorious (1946), this is not the film.

Fast-forward 16 years after The Paradine Case wrapped and take a look at the photo below; Peck and Hitchcock are posed together on the set of Hitch’s latest production, The Birds (1963). While I did not find much in my research that indicated a particularly strong life-long friendship between the two, this photograph is a testament (in my eyes at least) of a partnership that produced a mutual respect between the men. 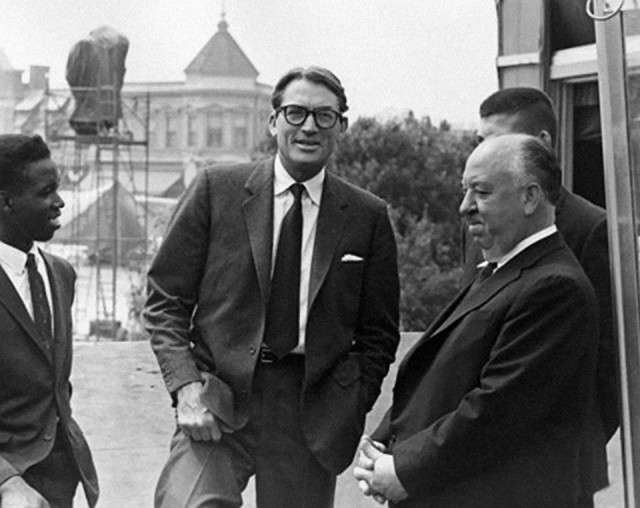