First things first – about the title (Ford v Ferrari) – I guess the title swap is designed to avoid any American audience confusion with the Steve McQueen (the actor) film from 1971 – Le Mans. Regardless, for this Yank, this film will sit in my memory as Le Mans ‘66 since I saw this at this year’s London Film Festival.

Onto my thoughts under the cut –

END_OF_DOCUMENT_TOKEN_TO_BE_REPLACED

This has taken way, way too long to make its way to my blog.  But it is here now so let’s have at it – my thoughts on the recent release Logan. Stated plainly, Logan was not only a superior part of the “Hugh Jackman as Wolverine” franchise, but in general, it is a superior superhero film. Full stop. Unlike most films of its genre, which often hint at the “allegory for humanity,” Logan has a heart and pulse running through it which is distinctly relateable whether or not you are a mutant with enhanced powers.

If I am honest, I vaguely recall the actions of the preceding two films leading into this chapter (note – the previous installment was also written and directed by James Mangold). I chalk this mostly down to them essentially being pretty forgettable. As a result, I more or less was going into this third (and final) installment with no additional information save for the fact that it was a Wolverine film.

Set several years into the future, the audience is transported to a world where mutants (those uncanny X-Men) , those that are alive are basically relegated to the fringes of society. Logan (Jackman) is currently caring for an ailing Professor Xavier (Patrick Stewart) with the aid of fellow mutant Caliban (Stephen Merchant). Of course, a quiet life in a remote location is not in the cards for our protagonists. A mysterious woman (Elizabeth Rodriguez) enters the scene requesting that Logan help her protect a young child in her charge, Laura (newcomer Dafne Keen). There are some bad men lead by Pierce (Boyd Holbrook) after her for reasons that become apparent as the movie progresses; I will spare you the details here just in case you have not seen the film.

For me, what proceeds from this point in the story is quite reminiscent of 2006’s Alfonso Cuaron project Children of Men, a tale that also involves a somewhat reluctant man traveling across an expanse with the goal of escorting someone to a destination that is a sign of hope in a world seemingly devoid of it.

Another movie reference which informs, is featured and runs parallel to the actions of Logan is the similarly eponymous title, Shane – the 1953 western drama directed by George Stevens. Now, for all my classic film buffs, this on-the-nose reference should be enough to give you a general sense of where we are likely to be headed with respect to Logan.

As I mentioned at the open, above all else, this is a story about aging, relationships and what it really means to live, love and be a part of the world (or not). Yes, it is that much 🙂 In short, Logan really packed an emotional punch.

The performances top to bottom were engaging and noteworthy. Of particular note, I would like to call out young Dafne Keen and Jackman (of course). In his final go as our favorite adamantium-infused, ‘anti-hero,’ we feel the weight of the burdens the man carries and the journey he is on throughout as he comes to terms with his place in the world.

One final note, with Logan, not only are we being offered up this wonderful character drama, but there are some pretty solid tension-filled action sequences woven into the narrative to scratch that itch. The end result is a very satisfying outing to the cinema.

Have you seen Logan? Let me know what you thought … 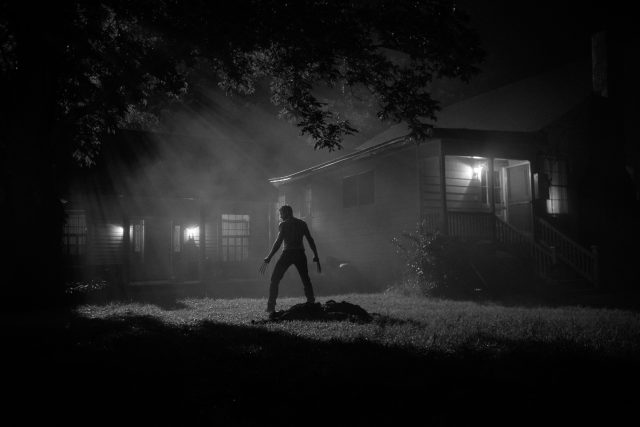