My selection for this week’s addition to Todd Mason’s Overlooked Films series takes a look at the 1996 romantic comedy, The Truth About Cats and Dogs, directed by Michael Lehmann (Heathers) and starring Janeane Garofalo, Uma Thurman and Ben Chaplin. 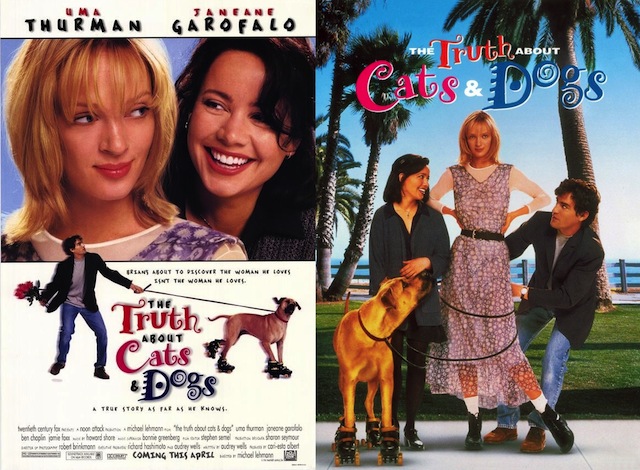 In this modern take on the tale of Cyrano de Bergerac, Garofalo is radio show host Dr. Abby Barnes, who when not offering her listeners veterinary advice, is quite the well-rounded, cultured woman – she reads great books and plays the violin. It is during one of these calls that a listener, Brian (Chaplin) becomes quite taken with her and decides to pursue her.  Not confident enough in her own appearance, she describes herself as her tall, dreamy and dare I say beautiful, neighbor Noelle (Thurman) – who let’s say is a little less about the world than her accomplished neighbor. 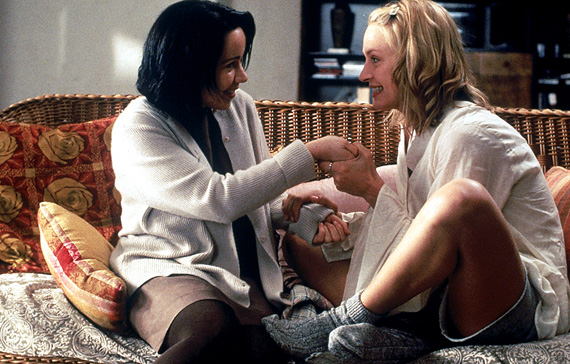 I will not ‘spoil’ too much of the plot except to say that (as you can probably imagine) one thing leads to another, leading to a quite interesting denouement …

What I like about this film is Janeane Garofalo’s performance. Her deadpan delivery may not work for all but it definitely works for me. And in a world where almost anything seemingly passes for a romantic comedy, this is a film that has enough substance to go along with all the extra trimmings I expect when I sit down and catch a rom-com. 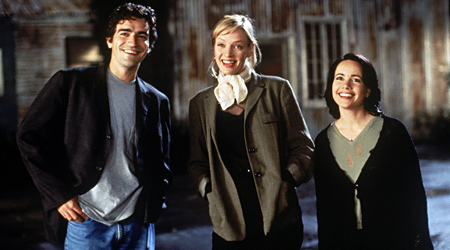 Now that is not to say that this film is not without its flaws (it surely is). For one (at least in my opinion) it relies heavily on the premise that Garofalo is not attractive (which I think she is in the film) and that Thurman is the epitome of gorgeousness. Obviously these are both very subjective lines of reasoning that you either accept or dismiss; if you can, go ahead and enjoy!

(want further proof of how much I liked this film? in college I had the poster affixed to my dorm-room door!)