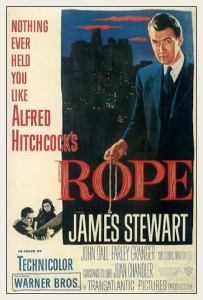 Tonight Turner Classic Movies (TCM) is featuring the films of B-movie director Joseph H. Lewis. So far I have watched “So Dark the Night” (a surprisingly clever film featuring a bevvy of French actors). I am currently near the final 1/3 of “Gun Crazy” a film that I have been eager to catch but never had the opportunity. It is perhaps the best known of Mr. Lewis’ films and required viewing for students of the film noir movement.

However as I am watching it I am a little let down; my expectations were of an authentic, gritty crime thriller of sorts but that is not what I have watched. Sure there are dramatic and somewhat tense moments but nothing on the scale that I was looking for in a noir drama. Of particular interest to me was the performance of John Dall. As the male lead I assumed that his character “Bart” would be the primary catalyst of the criminal action – similar to his portrayal of “Brandon” of Alfred Hitchcock’s “Rope” (another personal favorite of mine). But instead, he is the trigger-happy, yet reasonable in some ways foil to his more ruthless partner in crime, “Laurie” (Ms. Cummins).

I am still happy that I saw it because in spite of my original expectations being altered as a result of the viewing it is notable in my estimation for one reason – the fact that the female (femme fatale) is so dominant in the relationship and really the one that we should look out for.